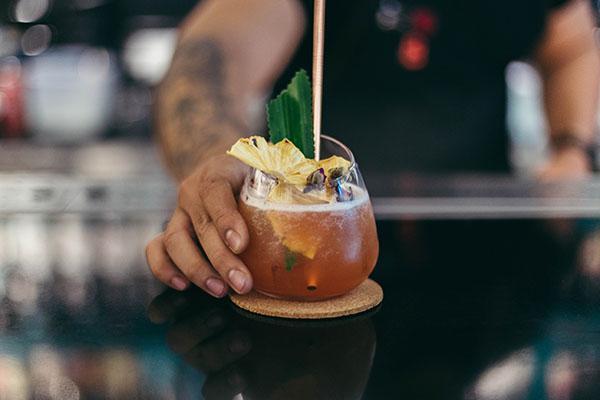 I say with endearing reverence and no shame that I think of pirates when I think of rum. Who wouldn’t? Hanging on a beach or a boat in the open ocean… There are fewer things more synonymous with that than rum.

A BRIEF HISTORY OF RUM

Rum as a distilled spirit wasn’t created until the 17th century. While the origin of rum is traditionally known to be from the Caribbean, specifically Barbados, some believe that to be wrong.

According to some records, the process of rum production came to Barbados in the 1600s by way of Brazil. Records indicate that the process originated in Brazil just decades before, and given the merchant sea trades at the time, the Caribbean was considered the center of it all. So it was only inevitable that the spirit found its way there and in every port soon after. 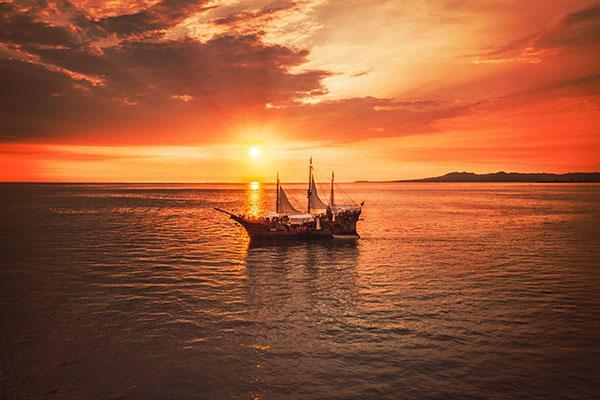 Photo by Alonso Reyes via Unsplash

Notwithstanding the romanticization of the history of rum, it goes without saying that its origin history is not without its own drama– to the extent that many, many books have been written about it – And A Bottle of Rum by Wayne Curtis is one of my favorites. The history is a fascinating rabbit hole to dive into, one too long and deep for a “brief history.”

When we think of this particular alcohol in general terms, we think of light rum and dark rum; and while they’re both essentially the same product, they are wildly different.

It’s easy to assume that the cardinal difference between light rum and dark rum is the color. Well yeah, that’s very true, but you’d only effectively be chipping the tippy-top of a huge iceberg. 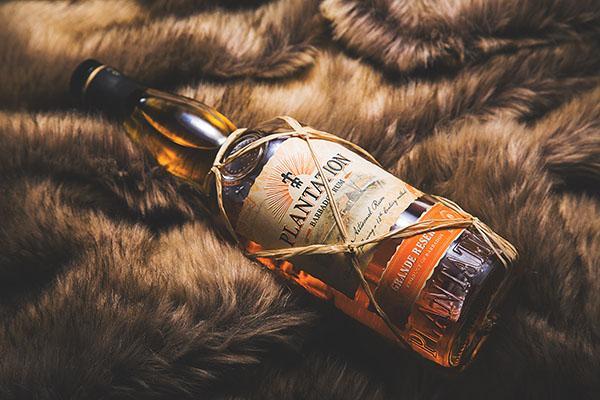 Light rum vs. dark rum comes down to aging or not aging; even whiskey is “white” or “light” before the aging process. Yes, the color is a definitive identification between light vs. dark rum, but that change is dictated by three major factors: aging, flavor infusion, and coloration.

There is a lot to unpack here, so let’s dive in, shall we?

Rum, in general terms, is a distilled spirit or liquor made from a fermented sugarcane juice by-product or some form of molasses. 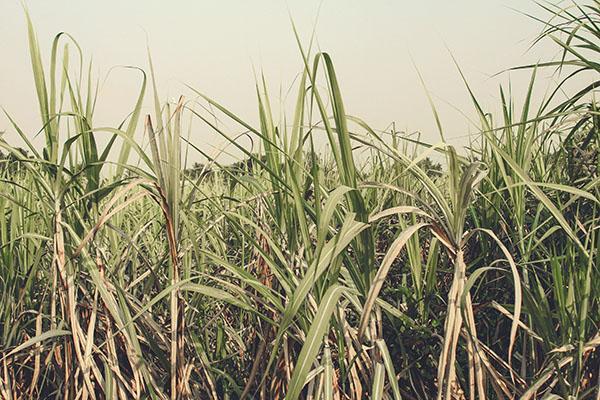 There is no single standard for classifying rum; however, there is a reasonably distinguishable system for classifying rums using “grades” and regions– many rum-producing regions require that production follow specific regulations established by the country itself.

There are many different countries that produce rum, each with their own regulations or protections in place; however, for the sake of this article, we’re going to focus on the different grades, which should help clear the air around all those dark rum vs. light rum questions.

Light rum is also referred to as “white” or “silver” for its colorless appearance. No legal parameters identify white rum as a “grade” or classification for white rum.

Instead, what differentiates each will be where it comes from or if it’s infused with any flavors. These traits are almost always displayed on the labeling. 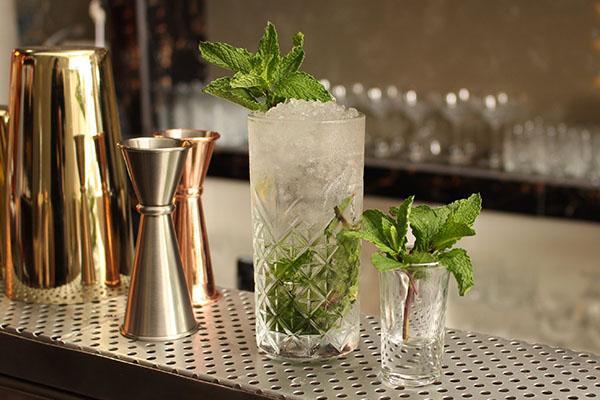 Photo by Tatyana Vega via Unsplash

How does regionality affect rum? Well, ever heard of Rhum Agricole or Ron? They are essentially the siblings of rum, made from the same stock but with their own identifying differences. 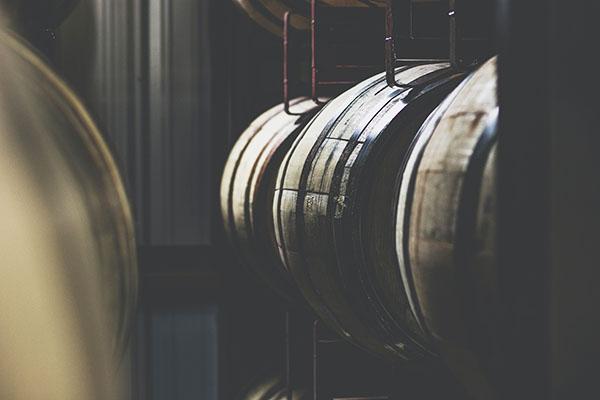 Photo by Matt Hoffman via Unsplash

Dark rum is a specific type of rum, but it also is a somewhat ambiguous term to help distinguish all rums that aren’t white or light. Generally speaking, dark rums are aged rums– but not all dark rums are aged.

Let’s break dark rum down to its more known classes to better understand the differences in color:

They tend to be more full-bodied with a bolder flavor, yielding more molasses-like notes with dark, rich fruits and spices coupled with some more earth tones. These rums are aged in wooden barrels; however, there are no regulations for minimum time to age.

While there is no aging minimum for brown rums, some can be aged upwards of 20 years.

They offer more nuanced, lighter flavors of caramel, spices, and more tropical, fruity notes balanced out with some woodiness and hints of vanilla. 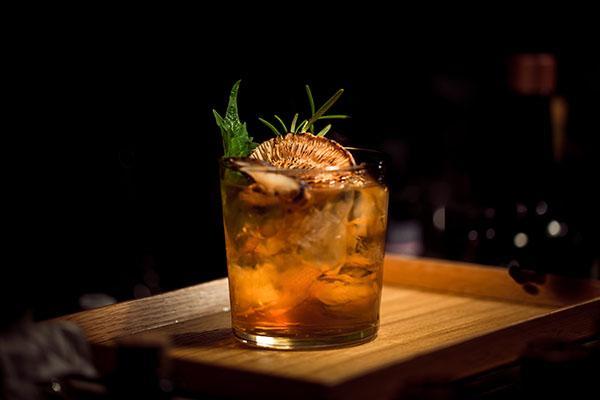 Photo by Ash Edmonds via Unsplash

These tend to be the most expensive of the rum classes and are often compared to high-end Cognac, Scotch, and Bourbon.

This infusion to create the identifying spiced flavor profile also works to give it its darker, more golden color, which is often accentuated by the addition of caramel coloring. These dark rums are not typically aged.

When it comes to the aging process of rum, there are a lot of different variables, but it is always in an oak barrel. These wooden casks can be used oak or recycled bourbon, cognac, or scotch barrels, new charred oak, heavy-charred oak, and so on. One thing is for sure: Oak plays a principal role in both the flavor and look of dark rums.

There are also some rules in the case of aging as it appears on the label. For example, according to the CARICOM Regional Standard in the Caribbean Community:

As you can tell, it doesn’t exactly specify that rum needs to follow any ordinance of time in oak for classification beyond what timestamp is on the label. In comparison, this is very much unlike the more specific regulations of bourbon, where it must be aged for a minimum of 2 years in new American oak barrels.

Rum is one of my favorite spirits to play with in cocktails, and I would argue that it is among the most versatile. From blended cocktails to old-fashioned riffs and everything in between, from blending it with a wide variety of liqueurs to mixing it with other base spirits, there is nothing rum can’t tango with.

With that said, it behooves me to give you some of my absolute favorite creations, starting with a couple classic rum cocktails: 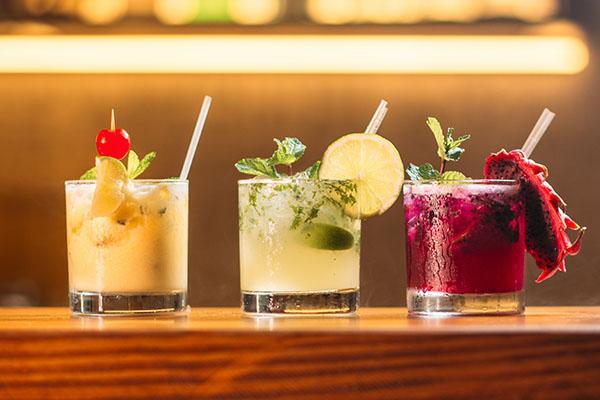 Photo by Kobby Mendez via Unsplash

Personally, I like using a good grassier style rum, like Denizen Aged White; it adds such a fun complexity to an otherwise straightforward, refreshing cocktail. It’s also among the best rum for a mojito.

Combine all ingredients in a shaker tin, add ice, and give a good shake for about 10 seconds. Strain out the goods into a Nick & Nora or Coupe glass using a Hawthorn strainer.
Garnish: Lime Wheel 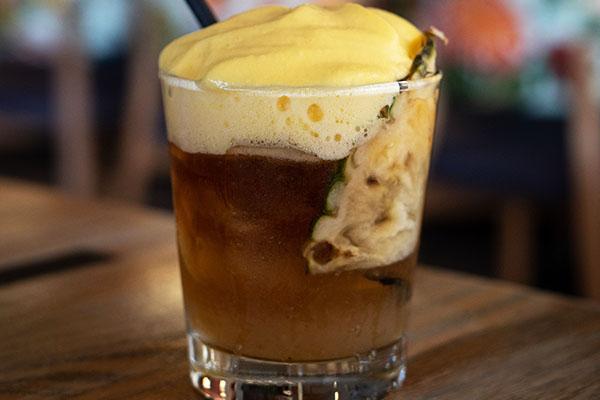 Photo by Alexandra Tran via Unsplash

THE ORIGINAL MAI TAI (MY WAY)**

Perhaps the ultimate tiki drink! I love using a bottle of Real McCoy 3-year-old white rum for tropical flavors; it’s a deeply complex rum that adds soft spiced notes that complement the taste of the pineapple and the dark rum.

I use Diplomatico Mantuano for dark rum; it has a rich mouthfeel with some bold flavor of spice and vanilla to add depth to the slightly sweet flavor of this popular cocktail, the Mai Tai. This tropical drink is the perfect summer cocktail, in my opinion.

Combine all ingredients, except the dark rum, into a shaker with ice, and give a good shake for about 5-7 seconds. Strain it into a Collins glass or highball, add crushed ice, and top it with the dark rum.
Garnish: Pineapple Slice and Mint Sprig

I could go on and on with another classic cocktail or twelve, but I wanted to include some great originals that I find exemplify rum’s versatility: 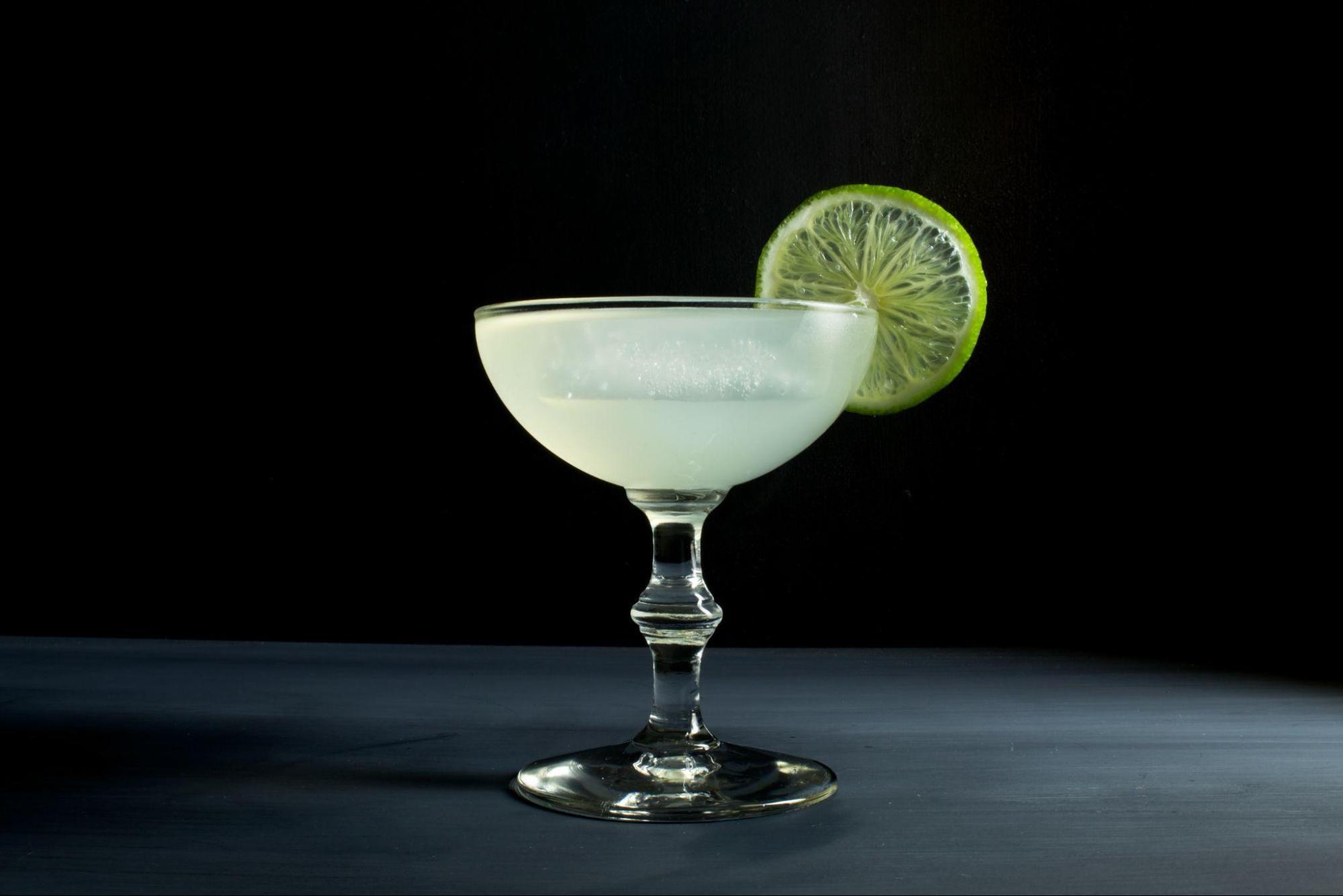 The first is a play on one of my favorites, the Corpse Reviver #2, with a more tropical and eccentric twist. There is a fun but elegant complexity with all these flavors, yet they find a way to work uniquely and refreshingly.

Combine all ingredients, except Absinthe, into a cocktail shaker, add ice, and give a good shake for about 10 seconds. Rinse a coupe cocktail glass or Nick & Nora glass with the Absinthe and strain the freshly-mixed cocktail into it.

Note: I don’t garnish this particular rum drink; it’s already so aromatic and tantalizing on its own. But if you gotta, a lime wheel is always a good choice! 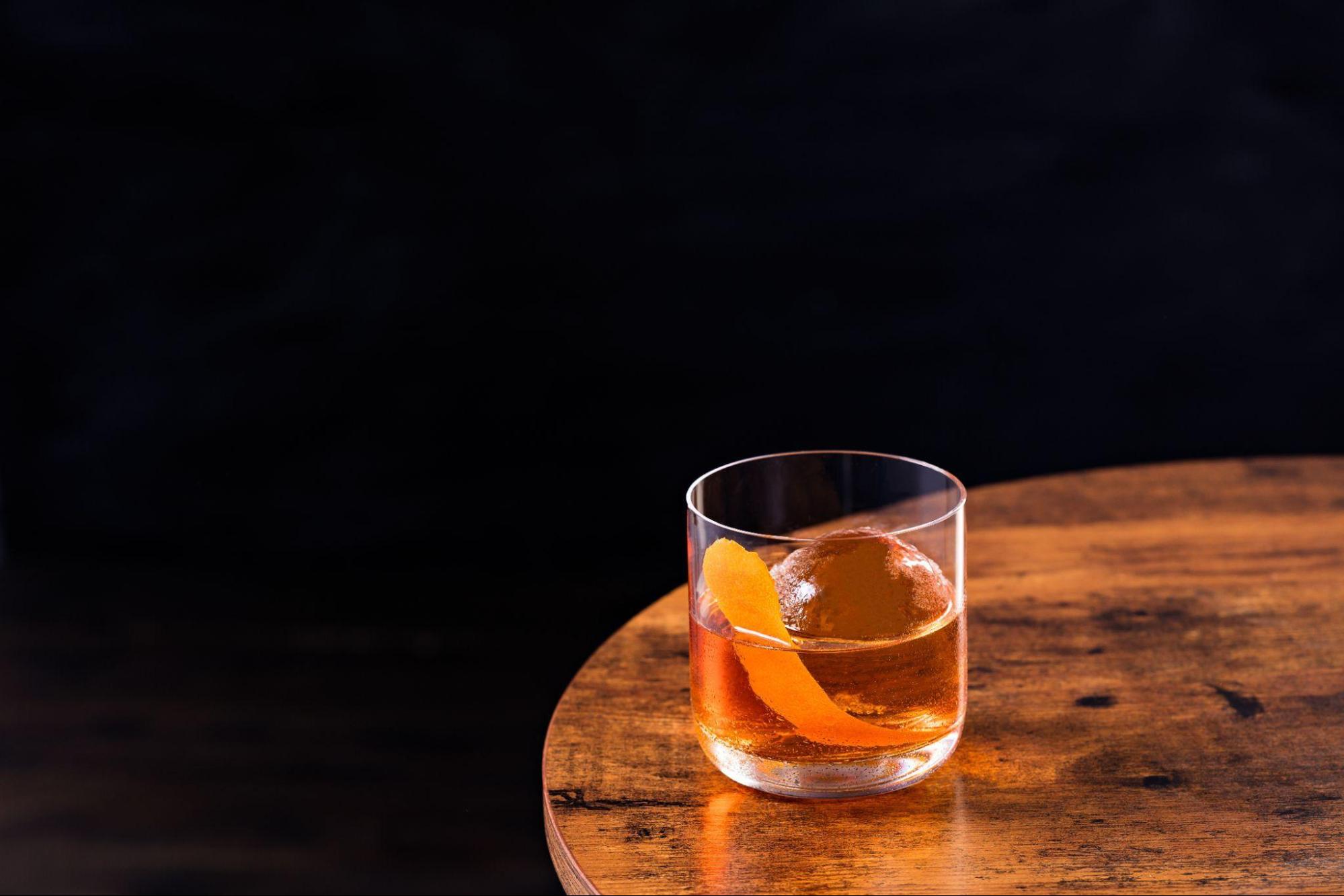 One of my personal favorite aged Rhums to play with in cocktails is the Clement 10-year Rhum Agricole. It has such a cool blend of vanilla and spice but finishes with a bit of grassiness and tropical fruit for a really complex, rich flavor. It also works so well with another fun spirit, mezcal; they complement each other in a very surprising sense.

Combine all ingredients into a mixing glass, add ice, and stir with a bar spoon until mixed, about 7-10 seconds. Strain into a rocks glass with a large cube. 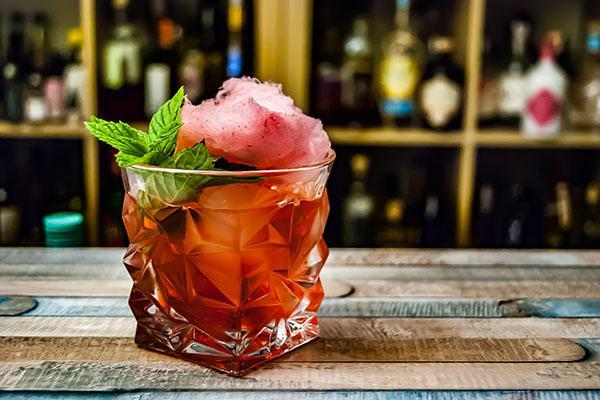 Photo by Johann Trasch via Unsplash

RUM: ALCOHOL NOT JUST FOR A TROPICAL COCKTAIL

So what is your rum drink of choice? Leave me a comment or join us over in our community group to let us know your favorite cocktail recipe, what your favorite bottle of rum is, and if you have any variations on the classic cocktails detailed in this article. Until then, cheers!