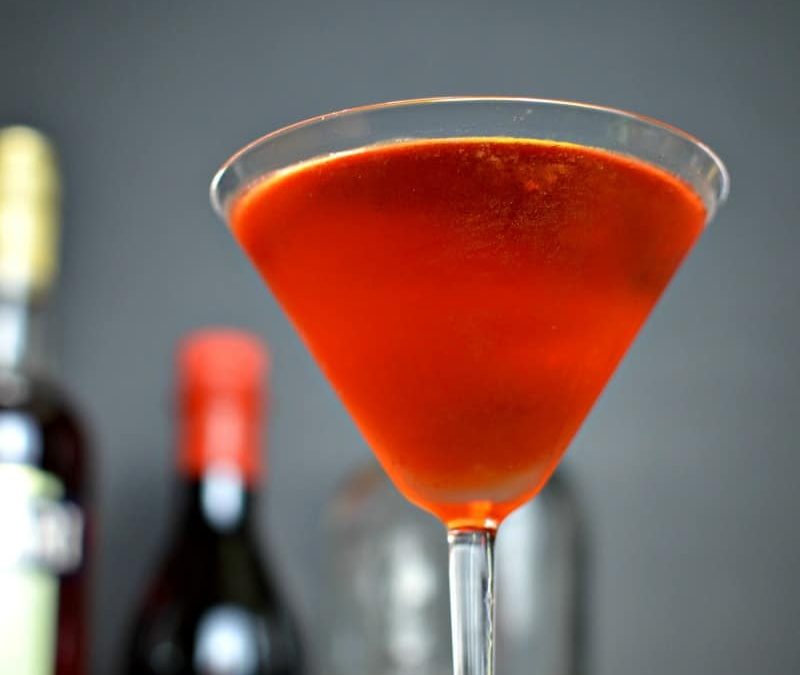 This week is another very classic cocktail. One could easily argue that the Boulevardier is a simple “whiskey” variant on the Negroni. The substitution is simple in preparation but changes the cocktail completely, as attested by Paul Clarke in Serious Eats:

The bittersweet interplay between Campari and vermouth remains, but the whiskey changes the storyline. Where the Negroni is crisp and lean, the Boulevardier is rich and intriguing.

I couldn’t agree more! (Though I find I rarely disagree with Paul Clarke on anything cocktail related…) The whiskey in this drink makes this drink more rounded, with a heavier weight on the palate.

This recipe was first published in “Barflies and Cocktails” by Harry McElhone, and became almost unknown in the intervening years before reappearing with the modern craft cocktail movement. And thank goodness it did! 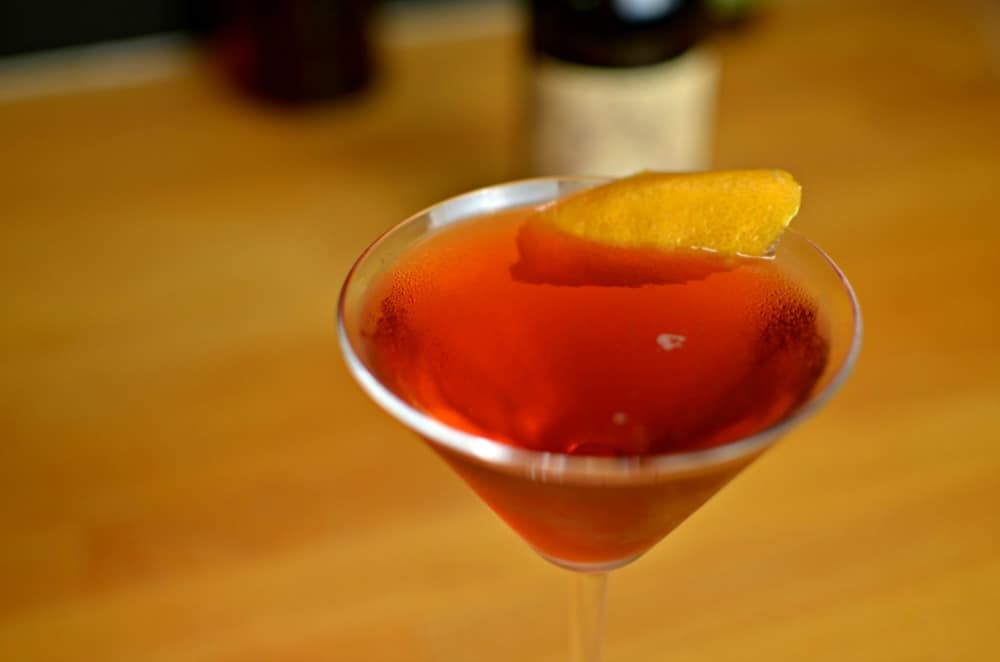 I like to use Rye Whiskey in my Boulevardier recipe as I feel like it amplifies the bitterness of the Campari slightly, holding it up against the sweetness of the grain and oak.

While the garnish is optional, I won’t bother making this drink without an orange peel – expressing the oil across the top adds a whole additional layer of aroma and complexity which really makes the drink shine.

The “traditional” Boulevardier recipe is a 1-1-1 drink, but I think it deserves a bit of tweaking with these particular ingredients: namely, I’ve used a bit less Carpano Antica as I feel it’s on the denser / sweeter end of Sweet Vermouths.

Now if you’ll excuse me, I have a drink to finish! (and perhaps make another…) 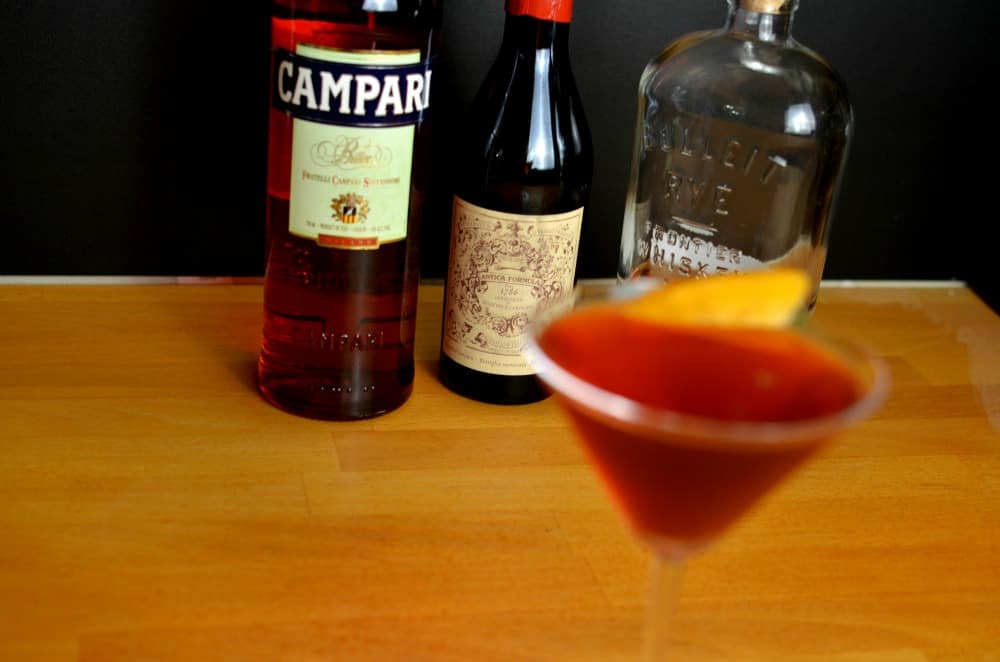 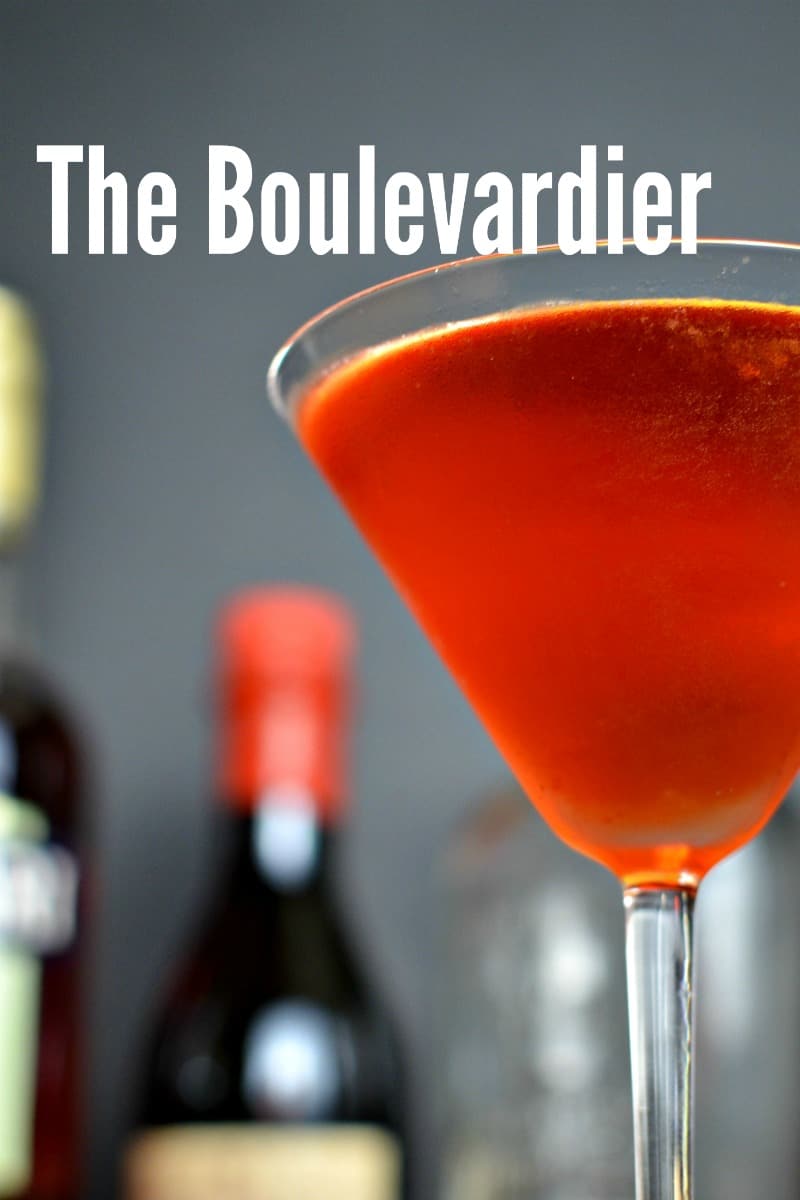 Print Recipe
The Boulevardier
This classic cocktail is a bit like a whiskey Negroni - and just as tasty. 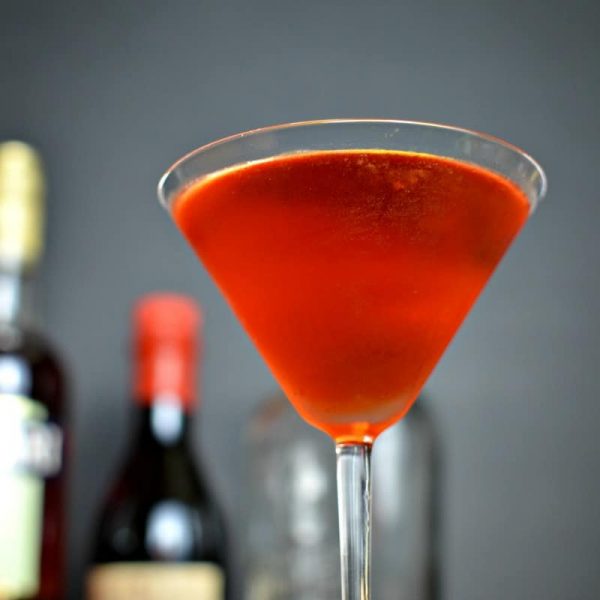