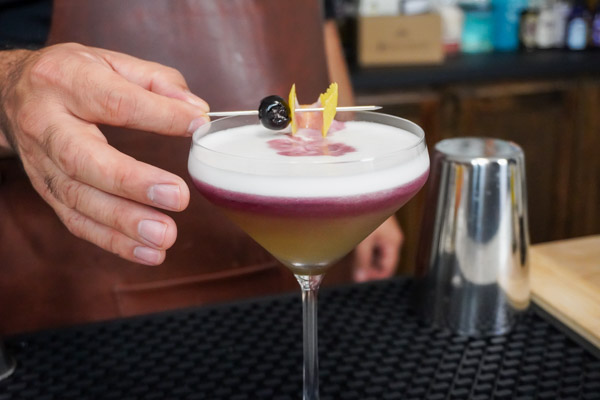 The Whiskey Sour is a classic cocktail originally created in the 18th century, and has been one of the most popular drink recipes ever since. It is typically served as an after-dinner drink or as a refreshing summertime cocktail. 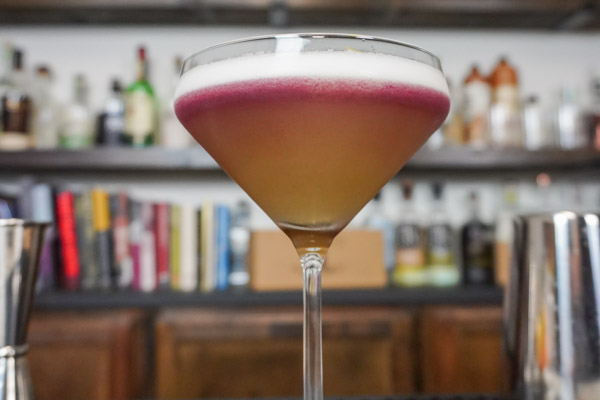 Personally, I consider the Whiskey Sour a cornerstone cocktail that every bartender or cocktail enthusiast should master. Being in the sour cocktail family, it’s a simple combination of spirit, sweet, and sour elements for a sweet-tart drink and is easy to learn and infinitely adaptable.

ORIGINS OF THE WHISKEY SOUR

The true origin of this cocktail, like many others, is lost to time. But the first printed reference that we have was in Jerry Thomas’s Bartender guide which was published in 1862. Needless to say, it’s a very old cocktail. 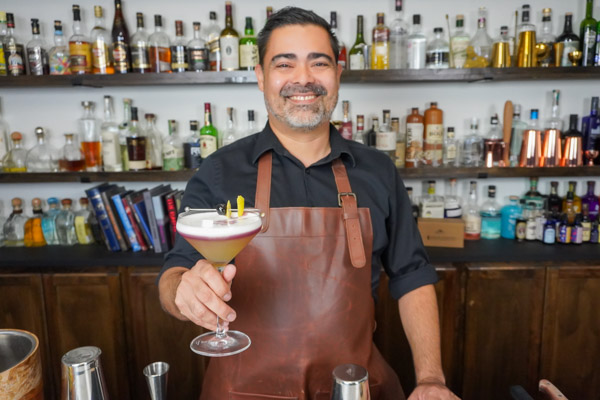 The fun thing about this cocktail– and sours in general– is that, with a few simple adjustments to the recipe, you can also make some of the most popular sour drinks in the world:

There are countless variations that you can make from this simple 3 ingredient cocktail. You just need a base liquor, sweetener, and citrus juice (sour element).

But the traditional recipe is fairly straightforward with relatively simple ingredients: It combines 3/4 ounce lemon juice with one egg white (more on that below), 3/4 ounce simple syrup, and whiskey (typically bourbon whiskey).

Also, don’t forget to make your simple syrup ahead of time. It’s so easy! It’s a simple recipe of 1:1 sugar and boiling hot water, mixed on the stove until the sugar dissolves. Then you can keep it in the fridge for about two weeks for all your cocktail needs.

(And of course, if you prefer a sweeter flavor to your sour drinks, you can always add a teeny bit more.)

Bartenders seem torn on whether to use a cocktail cherry or lemon peel for garnish– but please… Don’t use a plain maraschino cherry!

For equipment, you’ll need a cocktail shaker, a Hawthorne strainer plus a fine strainer, and a bar jigger.

HOW TO MAKE A WHISKEY SOUR

MAKE IT A BOSTON SOUR (WITH EGG WHITES)

Note that our recipe calls for ¾ ounce egg white, which, yes, is really specific. Honestly, one large egg white will be perfect. This version with egg whites is formally known as the Boston Sour.

When it comes to making the Whiskey Sour, don’t be surprised if you are asked if you want an egg white in your drink or not. This is one of those cocktail recipes that can raise an eyebrow if you’re not familiar with this particular cocktail menu item.

Personally I think the egg white adds a nice frothy texture (and lovely white foam) to the drink that offsets the tart flavor profile and creates a perfect blend of ingredients, but as always drink what you like. 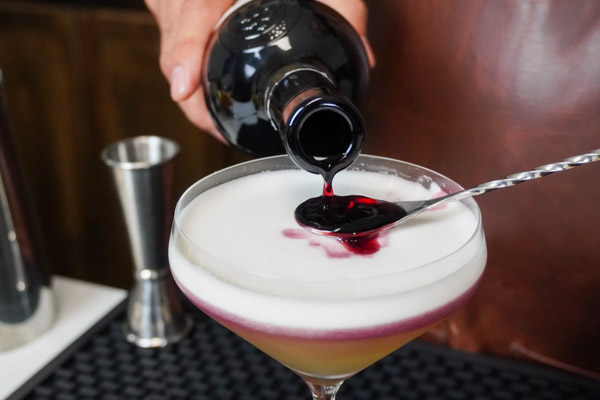 In the video, Chris takes this cocktail even further and creates a New York sour with the addition of just one ingredient: Red wine. Simply use your bar spoon to float about 2 ounces of red wine over the top of your cocktail to transform from a Boston Sour to a New York Sour.

No matter which variation you prefer, the classic Whiskey Sour is a delicious and refreshing cocktail that is perfect for any occasion. 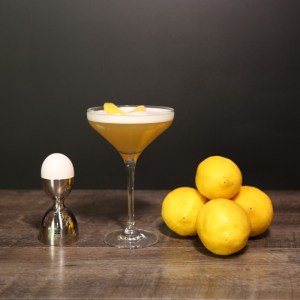