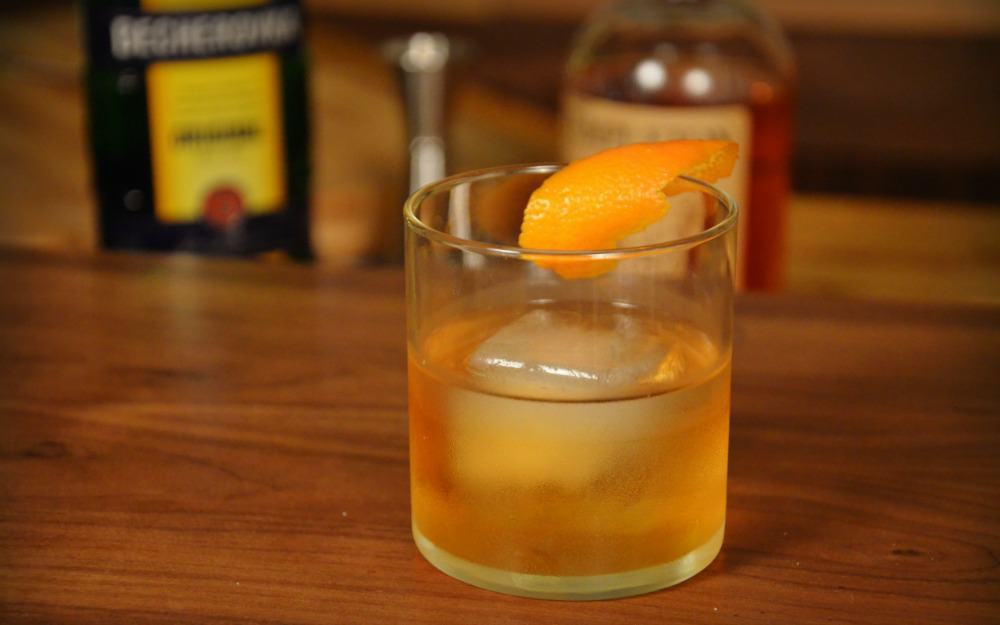 When I set out to write about the Old Fashioned, I was immediately overwhelmed with articles and forum posts decrying the bastardization of this (apparently sacred) drink.

Depending who you ask, doing any of the following with in Old Fashioned may land you a permanent spot in Cocktail Purgatory:

Acknowledging the above, I’m going to start with this disclaimer:

Chances are pretty good that something in this article is incorrect or has been disproven. I’ll do my best to provide sources and accurate information, BUT if you know something I don’t, please go ahead and fill me in in the comments section! Just, y’know, be nice about it.

So when you see folks referring to the “Classic Old Fashioned Recipe”, they may as well be saying “a whiskey cocktail the way they made it back when they were trying to make it like they used to make it.” (Say that ten times fast!)

It seems that the time the Old Fashioned first appeared was around the same time as when the word “Cocktail” stopped specifically meaning “a drink with spirit, bitters, sugar and water.” So if you wanted a drink that DID align with the old “cocktail” meaning, you’d have to specify that you wanted “an old fashioned cocktail.” If you wanted it with whiskey, you’d say so. 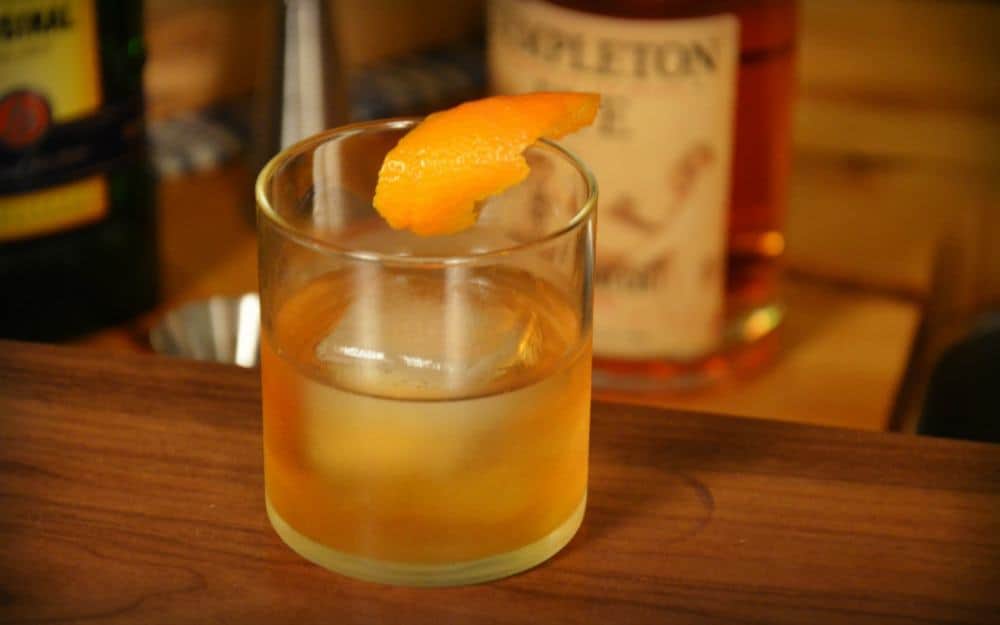 Here’s my best guess on what an “Old Fashioned” recipe would have looked like “back in the day” when it was first being ordered:

“Dissolve a small lump of sugar with a little water in a whiskey-glass; add two dashes Angostura bitters, a small piece ice, a piece lemon-peel, one jigger whiskey. Mix with small bar-spoon and serve, leaving spoon in glass.”

Some folks feel very strongly that the “true” Old Fashioned is made with Rye Whiskey. Others say the same about Bourbon. Robert Hess recommends Bourbon with an orange garnish, but suggests Rye can work as well – with a Lemon garnish instead of orange. (source)

As mentioned earlier, the Old Fashioned is commonly made with either lemon or orange garnish. It’s not uncommon now for folks to add a Maraschino cherry, though some feel very strongly that “fruit” does not belong in an old fashioned.

Yes, I said the “M” word in an article about the Old Fashioned. Yes, I expect the Mixerati at my door with sharpened bar spoons within minutes of publication. No, I don’t have my own strong feelings about whether or not anything is muddled in an Old Fashioned.

If you are using a sugar cube and water, you should dissolve the sugar before adding your liquor, otherwise it may not dissolve at all. Most recipes that call for a sugar cube recommend “muddling” to dissolve.

As for the fruit, I’ve seen recipes that recommend muddling the citrus peel to release the oils and folks who feel very strongly that the fruit itself should not me muddled. Robert Hess suggests muddling your citrus release bits that get in the way of your straw. (For the record, he’s also strongly opposed to muddling a Maraschino cherry in Old Fashioned cocktails as well). I’ve seen forum threads with strong feelings on both sides but I’ve yet to find a true consensus.

The base spirits which were most likely used to make “Cocktails” in the earlier half of the 19th century were Holland Gin and Brandy. (source) (Perhaps that’s why the name of this drink was the “Old Fashioned Whiskey Cocktail”). But as Martin Doudoroff explains, it’s not really useful to say that – as the Holland Gin and Brandy of the 1800’s were very different from today. (same source) That said, whiskey production in the 19th century was completely unregulated, and it’s likely it was lower quality and less consistent than what we see today. (source)

Given that the liquors available today are fairly different than what was available at the time, I have a hard time getting too worked up about a “purist” recipe. In my opinion, if you feel inclined to try a different base spirit, and you like the results – great! But since the one thing most everyone can agree on is that an Old Fashioned is made with whiskey, I would recommend specifying if yours is made otherwise (simply to avoid confusion.) Side note: if you’re in Wisconsin, this is not true – rather, Brandy is the norm. Adjust phrasing accordingly.

Soda water, Seltzer, Ginger Ale, Champagne, Unicorn Tears or Anything Else that Sparkles

Despite my best efforts, I could not find the origin of this trend – but I could absolutely verify that a lot of folks add sparkly things to their Old Fashioned cocktails. A common recipe used in modern bars and restaurants involves muddling a Maraschino cherry with an orange slice, adding whiskey, crushed ice and topping with sparkling water. It’s clear to see this is a very different drink than what you’d receive at a bar around the turn of the 19th century. 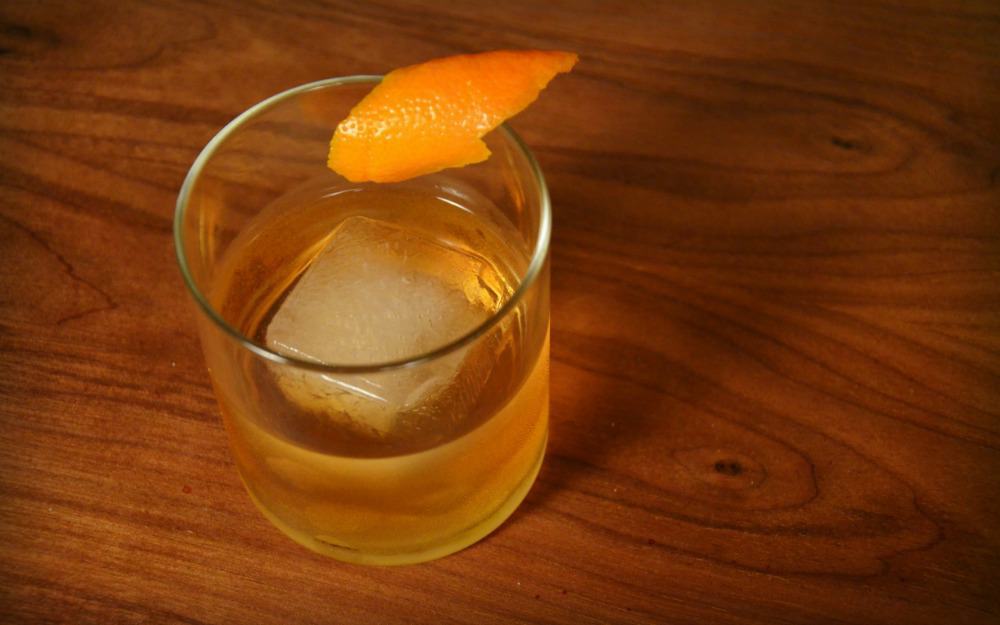 Has this article inspired you to delve deeper into the history of the Old Fashioned and other classic cocktails? Here are some great places for you to keep reading:

What We’ve got Here is Failure to Communicate

I’ve always been a strong proponent of drinking what you like – regardless of how “accurate” a recipe is. But the century – and – a – half since the Old Fashioned appeared has resulted in so many variations that it’s hard to know what you’ll receive when you order it in a bar.

So I propose we solve the problem once and for all: