What is Falernum and Why is it in my Drink?

As with any industry, growth and development behind the bar come from researching ways to be unique. I think this is extremely crucial to the bar industry where our tactics and techniques change so much every year that the science of mixology and being a bartender is even more prevalent than a couple of decades ago.

With all of that being said it is important for us to also remember and honor more of our ‘antiquities’. There is the saying that goes; “If it’s not broken why fix it?” The same goes with our industry. We need to embrace the technological advancements in our trade but we also need to remember and indulge in the earlier methods of our trade.

Today I plan to talk a little bit about one of those older but little-known ingredients, Falernum.

If you’ve never worked with Falernum before, you’re probably asking yourself what it is, and ironically if you’ve ever indulged in a tiki drink, more than likely you tried it and didn’t even know it! Falernum can be found in alcoholic form or as an alcohol-free syrup – but either way, it is a sweet ingredient that adds a spiced flavor to many tropical and tiki-style drinks.

In our bar, we stocked both alcoholic and syrup styles – as we had quite a few customers who enjoyed their ‘virgin’ or kiddie cocktails. For the most part, we will be referring to the liqueur today (but you can always substitute for the syrup.)

The Falernum liqueur is a rum base with notes of ginger, lime, clove and almond. Many people argue that they can taste allspice and vanilla but I believe the other notes tend to overpower the latter two. The syrup is very similar, but usually made with a simple syrup base instead of rum.

Falernum is a sweet syrup or liqueur that brings notes of ginger, lime, clove and almond to many tiki and tropical style drinks.

There are recipes out there to make your own Falernum but beware that the homemade versions will contain nearly double the amount of alcohol compared to the store-bought version. Personally, I never bothered with trying to make my own recipe as most of my time was already being used creating my own infused syrups and waters.

Where to Get it

Finding Falernum liqueur was a bit of a task for me but I was lucky to find the Velvet Falernum brand as an import and depending on your grocery store you can find the syrup version much more easily. Nowadays you can also find the Fee Brothers’ syrup on good ol’ Amazon too. A lot of people will use Orgeat syrup as a substitute – something you can definitely do, although I would suggest adding a little citrus zest into your concoction to mimic the proper notes.

If you do decide to buy a bottle of Falernum to try, make sure you try these cocktails!

Shake with ice until shaker is frosty and strain into a martini glass, garnish with sweet cocktail onion and candied lime rind.

Shake with a few cubes of ice, strain into chilled cocktail glass and garnish with twist of lime and pineapple.

Make sure you try those two cocktails out (of course) experiment on your own as well! In the past I remember whipping up an old fashioned and layering a littler falernum over the top of it. My guests loved it simply because it was a unique and refreshing mix up to the ordinary everyday old fashioned.

I don’t think that Falernum is something that you must have in your bar, but I think it is highly beneficial to experiment with and it will do any bartender good to learn how to handle more unique ingredients.

Whether you are a home bartender, hobbyist or professional bartender / mixologist you will understand that your palate and knowledge of various alcohols is what will give you an edge on other professionals in this trade – not to mention, it is delicious! 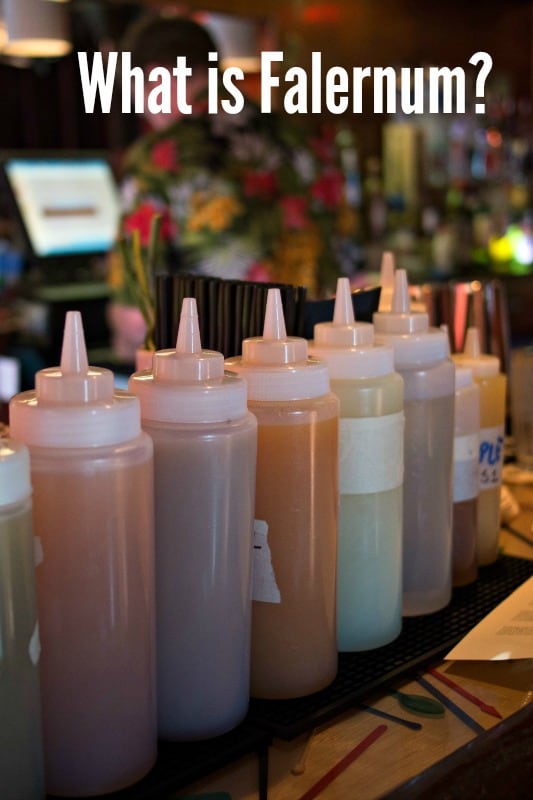 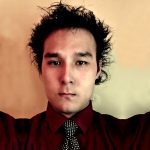 Tim is a former bar owner and head bartender in Wisconsin, he currently works as an SEO and Social Media Specialist, spending the rest of his time shooting pool and teaching martial arts.