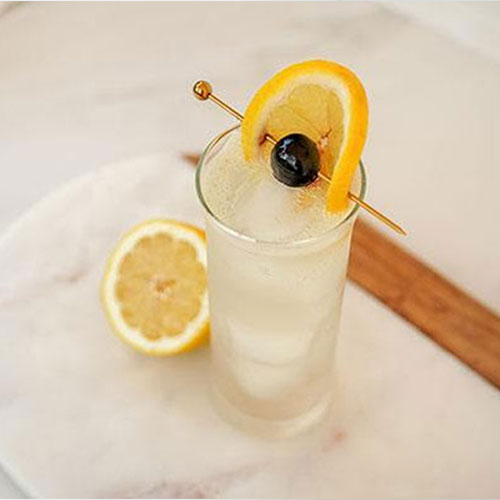 While we’ve made several versions of a Collins (my personal favorite being with cranberries), we’ve never actually done a post on a traditional Tom Collins— the shame! This classic cocktail combines gin, fresh lemon juice, simple syrup, and soda water for a refreshing drink. 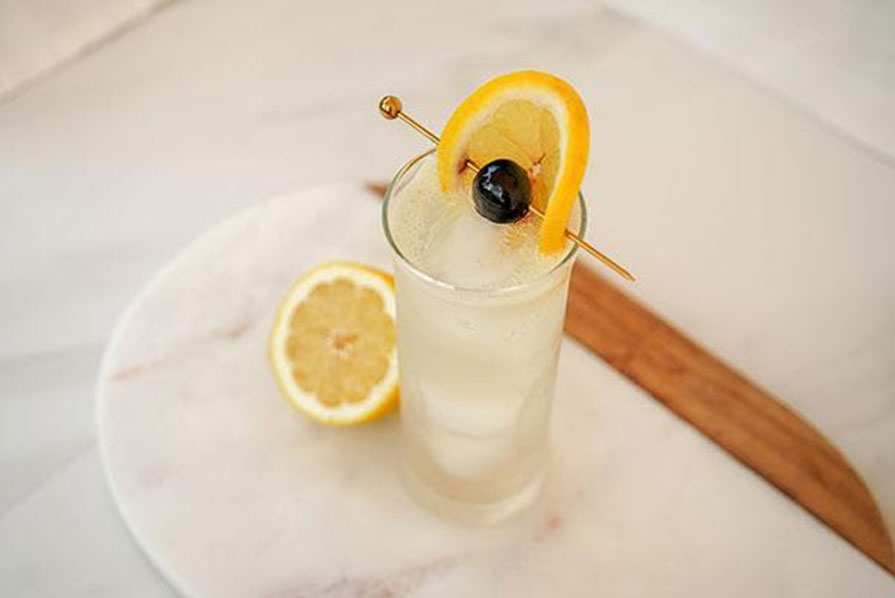 Tom Collins cocktail, copyright A Bar Above 2021
This Collins was first written about by the famous Jerry Thomas in 1876 and then by Harry Johnson in 1882– so you see how far back the history goes! The origin tale is that a bartender named John Collins developed this cocktail and named it after himself– but everyone kept asking for a “Tom Collins” instead of a “John Collins” because it was often made with Old Tom gin. Whoops!

Well, sorry John Collins, but the Tom Collins version is here to stay. Whatever you call it, it’s simply delicious. Not dissimilar to a gimlet– which uses lime juice instead of lemon– the Tom Collins falls into the Collins category of cocktails (base spirit, lemon, sugar, carbonated water) and is typically served in a Collins glass (or highball glass). 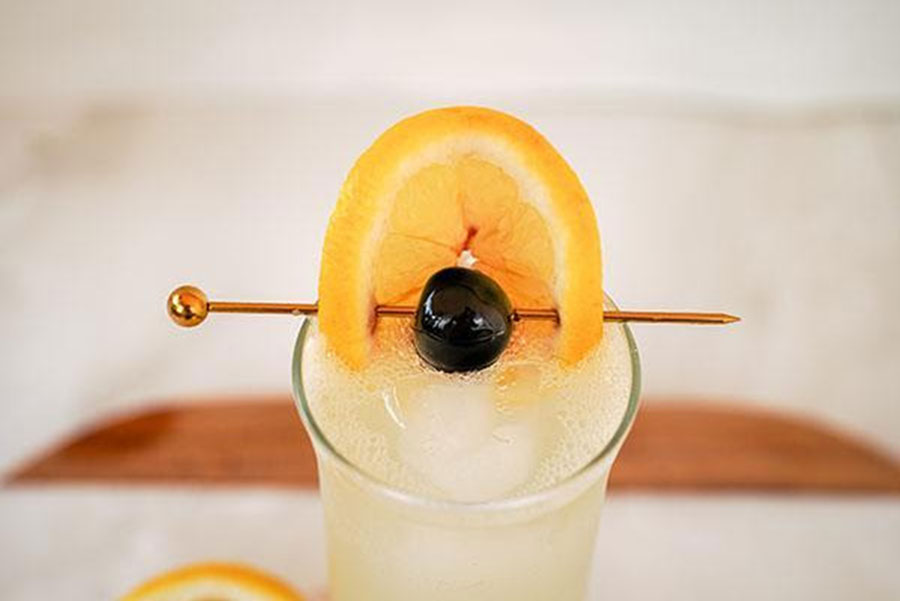 Copyright A Bar Above, 2021
Light and refreshing, this is the perfect cocktail for a hot day or when you need a little lemon in your life. And just look how beautiful our new gold cocktail picks look in this cocktail! Enjoy! 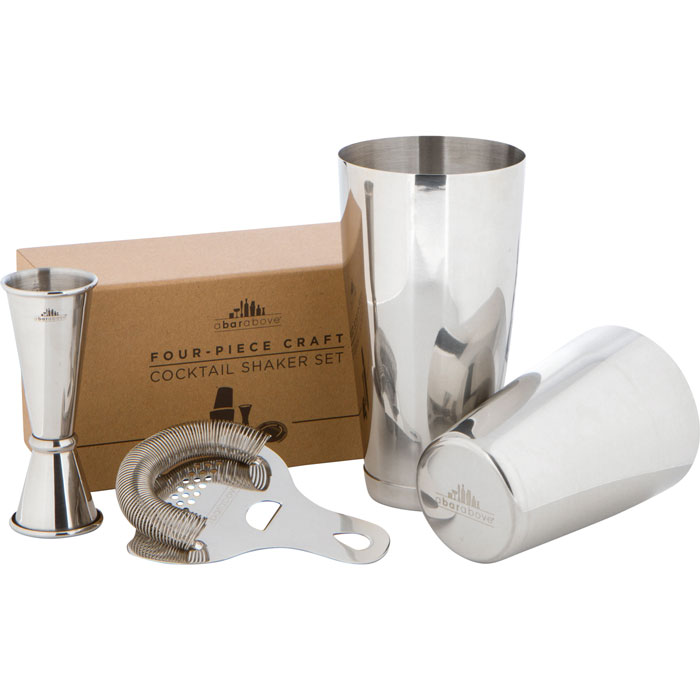 The best of the basics. This core kit includes the three tools you need to make most common cocktails: a trusty two-piece Boston shaker, a Hawthorne strainer with extra-tight spring and a two-sided Jigger with measurement lines all the way down to 1/4 oz! 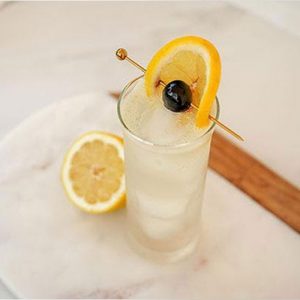 Build in a shaker tin (except the soda), give a light shake, and strain into Collins glass. Then add soda.
5 from 2 votes
Print Pin Rate
Servings: 1 cocktail