Genever to Gin, an Interview with Gin Expert Philip Duff 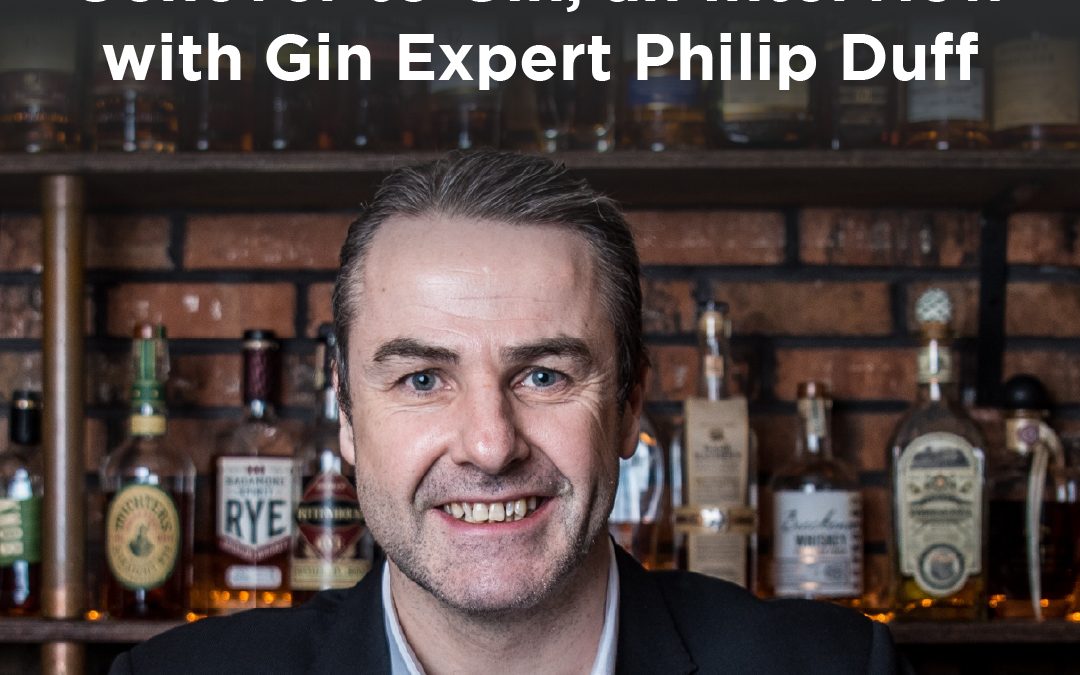 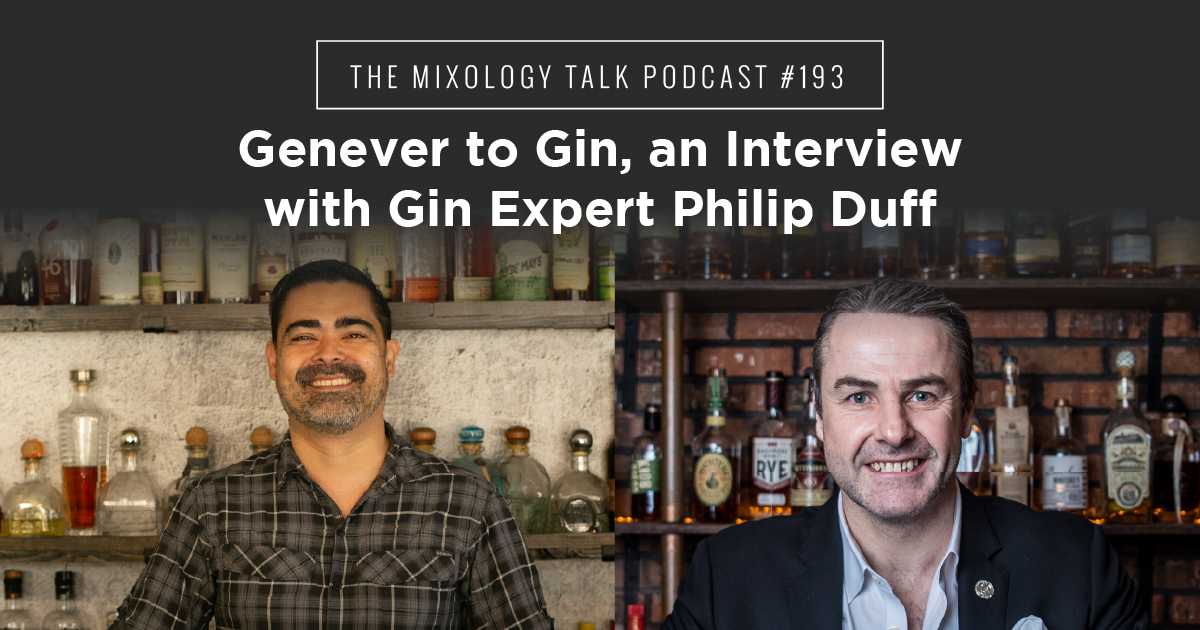 We’re wrapping up gin month by talking with gin and genever expert Philip Duff of Old Duff Genever, and he has such great information for us! Whether you love gin or are just starting to test your palate, Philip has plenty to teach all of us about these spirits. Spoiler alert: They aren’t the same thing!

With his extensive background in bartending, consulting with spirit companies, marketing, and creating his own genever brand, Philip is a foremost expert in spirits, especially gin. (I highly recommend listening to him talk about his experiences that took him from Ireland to New York, then to Holland and back to New York, starting at minute 1:00.) So of course Chris wanted to chat all things gin in order to better understand the various styles and history. And it turns out, genever is it’s own thing, not a style of gin. You really do learn something new every day!

THE BIRTH OF GIN: THE (SUCCINCT) HISTORY OF GIN VS. GENEVER

While genever is usually heralded as the grandfather of gin, Philip explains that the truth is both a little simpler and a little more complicated than that. Prior to the column still being invented, distillers used a whiskey base, and genever was a common spirit– Gin didn’t even exist at this time.

“Then in 1830 when column distillation became a thing, they switched from essentially a whiskey base to a neutral spirits base, and that was the birth of gin. And thank God because gin is delicious, and gin is fantastic, but it’s so completely different.” –Philip Duff

So genever came first, but it has somehow become so conflated with gin that many consumers aren’t aware that they are different spirits. Well, you can blame colonialism and bad marketing for that.

According to Philip, at the time, England and Holland dominated most of the world, but they also wanted to trade with each other. And remember, there was no gin– only genever– before the invention of the column still. However, once gin became popular, distillers labeled genever “genever gin”– and things, er, got muddled, so to speak.

Manufacturers and traders didn’t care what it was called, as long as they could get money for it. Even now, marketers often say to try genever if you like gin because, after all, it is “the grandfather of gin.” But that’s just setting up consumers for disappointment and confusion since the two spirits are quite different.

SO WHAT IS GENEVER? A BRIEF HISTORY OF GENEVER

Alright, so gin and genever aren’t the same things… But what exactly is genever then? Well, as Philip explains, it is actually more of a unaged whiskey with a small amount of juniper and other botanicals.

“The sort of TLDR [too long, didn’t read] is genever is the grandparent of gin; it is. But it is the parent of whiskey. […] Because, back in the day, [sic] one of the first recipes ever committed to paper was for whiskey; it was for Irish whiskey, obviously. […] It said you took a gallon of aqua compositor, meaning grain dissolate, and you added two pounds of fennel, licorice, juniper. That sounds like genever to me!” –Philip Duff

HOW TO DRINK GENEVER

If you watch the podcast, you’ll see that Philip is sipping a genever on the rocks while talking with Chris, which is how he best enjoys it. However, he also suggests pairing it with beer! Inspired by gourmet beer pairings at the Shady Pines Saloon in Australia, Philip says that genever is the perfect spirit to have with a great beer:

And if you’re really more of a cocktail person, Philip’s opinion is that a Collins is the best genever cocktail for a beginner… And you get to say you’re drinking a Phil Collins, so that’s a fun bonus!

THE MAIN STYLES OF GIN

While many people think the main styles of gin are London Dry, Genever, New Western Dy, Plymouth, and Old Tom, Philip says these categories aren’t quite accurate. First of all, we already know that genever and gin are pretty different. But he also explains how Plymouth isn’t really a style of gin and shouldn’t be included in the list.

“Plymouth was a geographical indication, so if you made it in the city in this way, blah blah, you got the geographical indication. It wasn’t a style indication, and it isn’t now. […] Plymouth has been a lot of different things. In the 1920s, it’s pretty incontrovertible that Plymouth was called gin, but it was Genever. It tasted like Genever; it was made like Genever. And what [sic] you know as Plymouth gin that was relaunched in the U.S.A. about 20 years ago is a totally different animal.” – Philip Duff

So that leaves us with London Dry, New Western gin, and New Tom gin as the three main styles of gin, with London Dry being the most prevalent on the market. But Philip stretches it to even broader categories of gin:

WHAT QUALIFIES AS GIN?

Let’s talk about those broader categories a little bit. First, the European Union’s regulations guide everything made in Europe; the UK (although no longer part of the EU) has made no changes to their spirits, even though they no longer fall under those regulations. So here is what the EU says gin must be and do to qualify:

What people now understand as Old Tom gin is basically what gin was until the end of the 1800s: a high-proof grain spirit with a lot of juniper and sugar in it. Old Tom gin was really strong (47-55% ABV), so people would typically sweeten and water it down (hence the sugar).

But styles eventually change, right? What was popular with Old Tom gin morphed until distillers developed what we now know as London Dry gin. As Philip elaborates,

“By the end of the 1800s, crossing into the 1900s, sugar began to be reduced, reduced, reduced. By about 1900, you had what was called the London Dry style, which is to say no sugar. And that was a huge hit abroad, especially in America, and London Dry became the dominant style of gin.”

London Dry and London gins aren’t exactly the same thing, though. London gin, despite its name, does not need to be made in London. It simply means that all the botanicals have to go into the still.

Which brings us to distilled gin. I mean, you can stick juniper in a bucket of neutral alcohol and call it gin. But if you want it to be distilled gin, you must, well, distill it. To do this, you distill the base spirit with juniper or distill juniper with other botanicals.

“Distilling is extremely destructive. […] London gin, you can only really use botanicals that survive distillation, so you need extremely tough, robust ones, like seeds and roots.” — Philip Duff

One counterexample is Hendrick’s, which is distilled gin but not London gin because cucumber and rose would never survive distillation.

As we’ve established, not everyone loves the juniper-forward taste of London Dry gin, which brings us to the more modern New Western gin, a style that began emerging with Bombay Sapphire in 1986*.

“Gin dominated until the 1960s, globally, everywhere. And gin was really simple: It was really strong— 94-proof, 47%— it was English, or at least it had a picture of a white guy with a bowler hat and an umbrella, and it was packed to the gills with juniper. That’s what gin was. That was it. That was gin. And starting really in, I think it was 1985* […] with Bombay Sapphire, people began to subvert that paradigm. They began to say ‘OK, we like gin, but does it have to be like that?’” –Philip Duff

This style is considered more approachable by many consumers, given that juniper is just an ingredient, not the ingredient like in London Dry.  However, although distillers have been developing this type of gin for roughly 35 years, no one used the term New Western gin until recently. According to Philip, his friend, Ryan Magarian (co-founder of Aviation American Gin) came up with the phrase about a decade ago:

“He saw so many people do interesting things with gin, and they were not having juniper-dominant gin. […] And they were making gin where juniper was just one more note in the symphony. So he coined the term ‘New Western Gin.’”

So now that you know all about gin and genever, you’re probably curious to try genever if you haven’t already. You can order Old Duff Genever online and make your own Old Duff cocktail from the cocktail book I’m Just Here for the Drinks by Sother Teague. And while Philip always has something new and interesting in production, one exciting endeavor is the upcoming launch of the canned Phill Collins, so be on the lookout for that.

Whether you have genever recipes to share or you want to add some of your own knowledge about gin, hop on over to our Craft Cocktail Club Facebook community page to tell us all about it. We can’t wait to hear how you like your Phil Collins! And of course, visit our shop to get all the barware tools you need to craft those delicious gin and genever cocktails. Until next time, stay safe and happy mixing! 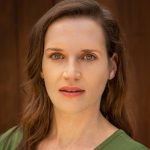