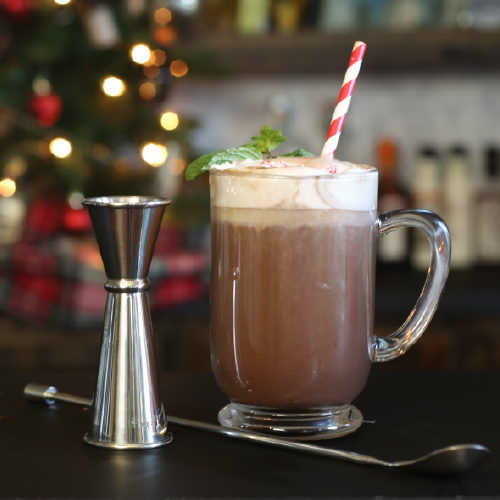 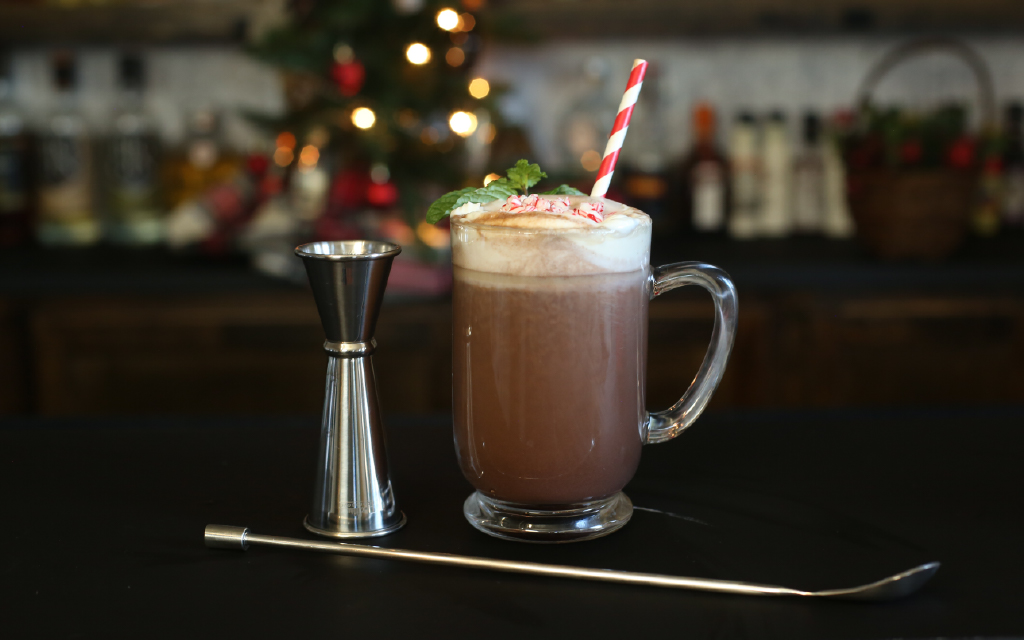 Just in time for Christmas, this next warm drink is about as simple (and delicious) as it gets!

Hot Chocolate with Peppermint Schnapps is both warming and cooling at the same time. Steamy hot chocolate alongside cool minty peppermint schnapps is the perfect combination for a sweet and boozy sipper for a cold day.

Now I did a little bit of research on the history of this drink and there is literally none. (At least none that I could find.)

We do know that hot chocolate in it’s original form was being consumed as a drink by Mayan civilization as early as 500 bc. This early form of Hot chocolate included ground up Cocoa beans, cornmeal and chili peppers in it. After its discovery by the European powers, Chocolate as an ingredient made it’s way to Europe in the 1500’s. At the time, hot chocolate was a drink of royalty. It was much too expensive for anyone else to come by. It wasn’t until the 1700’s that chocolate became cheap enough for the general public to enjoy. Around that time you saw “chocolate houses” popping up around Europe where people would enjoy this hot beverage – kind of like today’s coffee shops.

While Schnapps originates in Europe as early as the 1600’s, the peppermint flavor is both American and very recent. It was created in 1935 by a Phillips salesman named Al Dorsch. As the story goes, it was an immediate success. (No surprise there!) (Source)

While I couldn’t find any documentation of the first time Peppermint Schnapps and Hot Chocolate shared a mug, it’s hard to imagine it took long. It truly is a match made in heaven.

First, make your hot cocoa. I recommend following the recipe on your hot cocoa mix. The recipe below is based on the instructions on our container of Ghirardelli Chocolate Sweet Ground Chocolate & Cocoa Beverage Mix.

First, make the hot chocolate. I recommend putting just 1 ounce of hot milk with your powdered chocolate mix and creating a thick “paste” first – this will make it easy to mix out any lumps. Once your paste is good and smooth, mix in the rest of the milk.

Finally, add the Schnapps to taste.

For garnish, you could keep it simple and skip the garnish altogether, or throw in some marshmallows. But in our recipe we took the cocktail one step further and served it with Peppermint Schnapps Whipped cream. Let me tell you – it is worth the extra step!

When done, either pipe onto your drink with a piping bag or simply spoon on top.

While Peppermint Schnapps is the classic spirit of choice for spiked Hot Chocolate, there’s a world of creative possibilities. A few that come to mind are:

Most importantly, have fun with it! Get creative and experiment, you never know what fun creations you can come up with!

Need help measuring?  Here’s that jigger we used in the video! 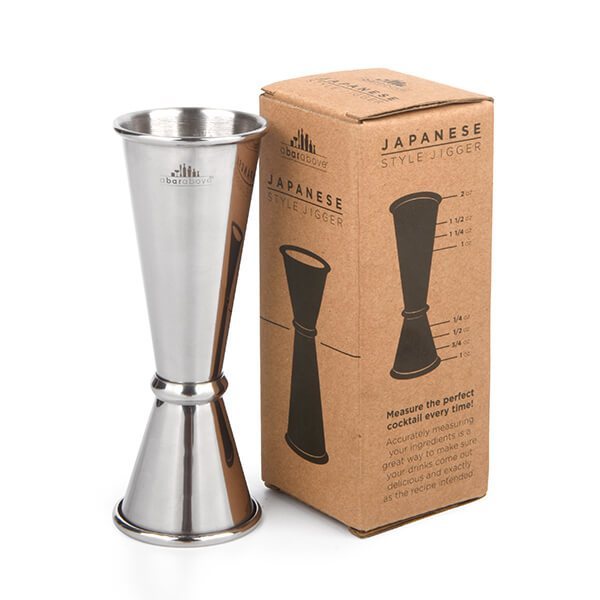 This jigger has one job and it does it well. Measure your ingredients perfectly every time, then toss it in the dishwasher. It’s durable and built to keep up, even when you’re deep in the weeds! 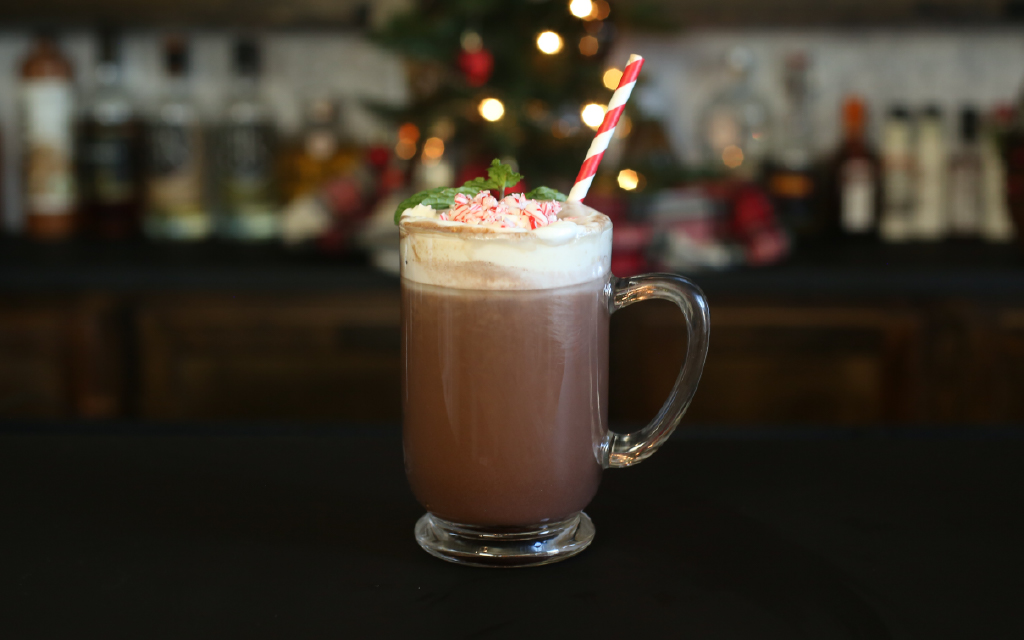 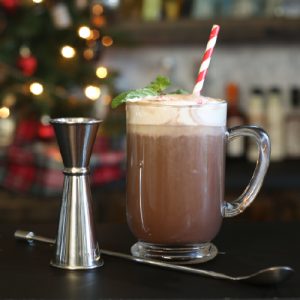