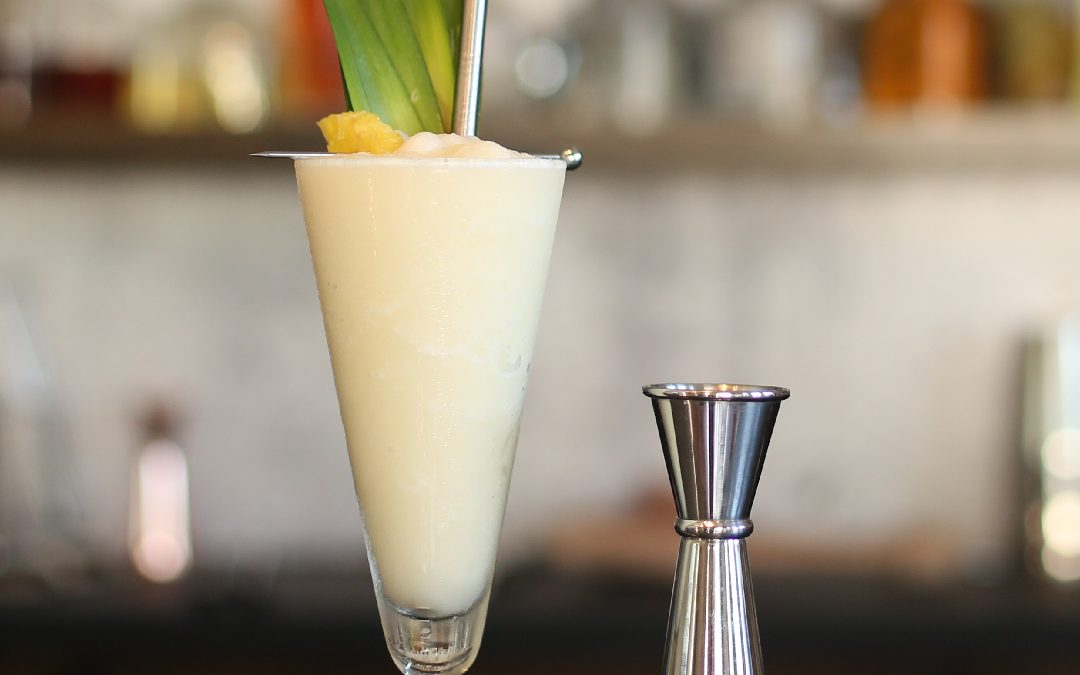 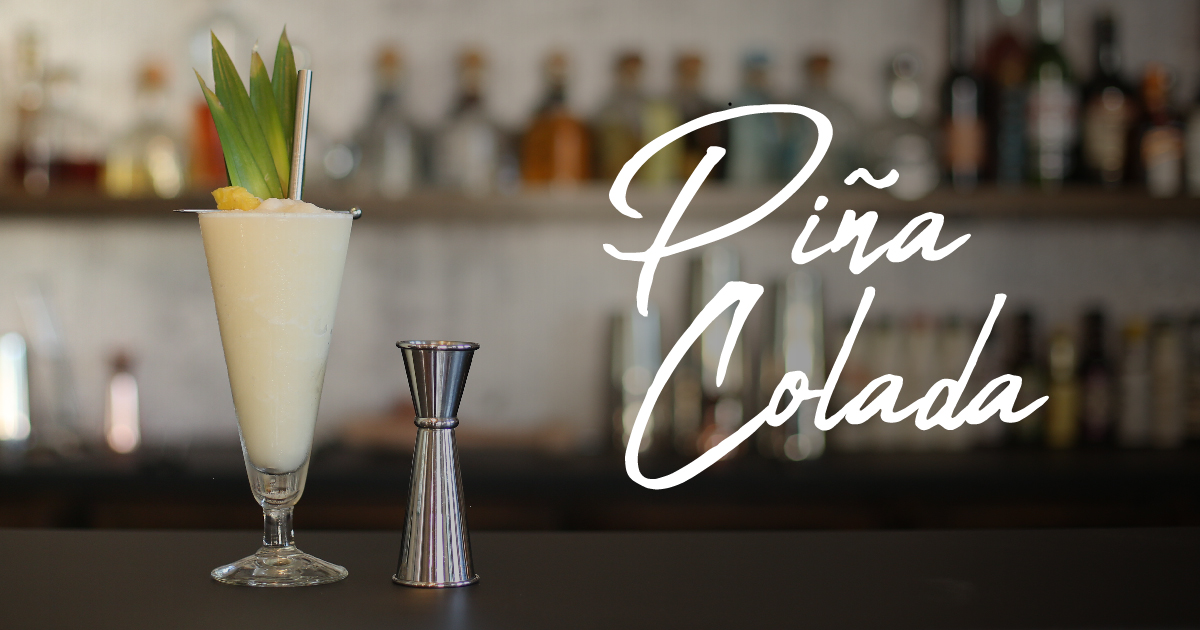 With today’s Piña Colada cocktail we are breaking out the blender, for the first time in a very, very long time. (Chris isn’t much of a “blended cocktail” guy.)  But if there ever was a cocktail to make you dust off that blender, it’s definitely this one!

The origin of the Piña Colada (like many cocktail recipes) is contested. But what’s for sure is that it originated sometime between 1825 (with Puerto Rican pirate Roberto Cofresi) and 1963 at the restaurant Barrachina. The Caribe Hilton in San Juan also claims to be the “birthplace” of this cocktail, claiming that,

“Ramon “Monchito” Marrero was the creator of the Pina Colada in 1954, during his time as a bartender at our resort. After three months of experimentation, Mr. Marrero finally settled on the recipe Pina Colada, which he felt captured the true flavors of Puerto Rico.”

What’s not contested is that the drink most certainly originated in Puerto Rico, and in fact it became the country’s Official National Cocktail in 1978.

How to Make a Piña Colada

The recipe we’re using today is the one from the Caribe Hilton hotel. Scroll down for the recipe or watch us try to remember how to use a blender…!

There’s a lot of confusion about this drink and what goes in it, so I thought I’d take a minute to answer some of the top questions…

Can you make a Pina Colada with Coconut Milk?

Good question! There’s a lot of confusion about the “coconut” element in this drink, and frankly my research didn’t help much. Ideally you want to use “coconut cream” which is very similar to “cream of coconut”. The most common brand you’ll find used behind professional bars is Coco Lopez (this one here.)

Rumor has it, if you don’t have cream of coconut handy, you can buy a can of coconut milk and skim the cream off the top, add a bit of sugar and use that – but I’ll be the first to admit I haven’t tried it. (Have you? How’d it go?)

Is there dairy in a Pina Colada?

Short answer: yes! If you take a look at the recipe you can see that there is a significant amount of heavy cream. That said, if you’re sensitive to milk and OK with cream, this cocktail might be the perfect choice.

As with any “old” cocktail recipe, there are so many versions. What’s yours? 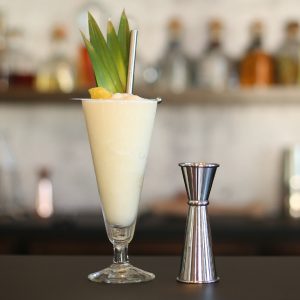 The Pina Colada is the quintessential pool sipper, sweet, boozy and perfectly paired for your coconut sunscreen. But be careful because too many of these will turn your beach bod into a dad bod!
Print Pin Rate