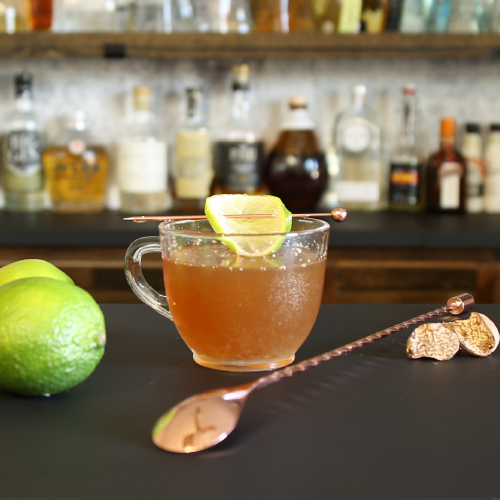 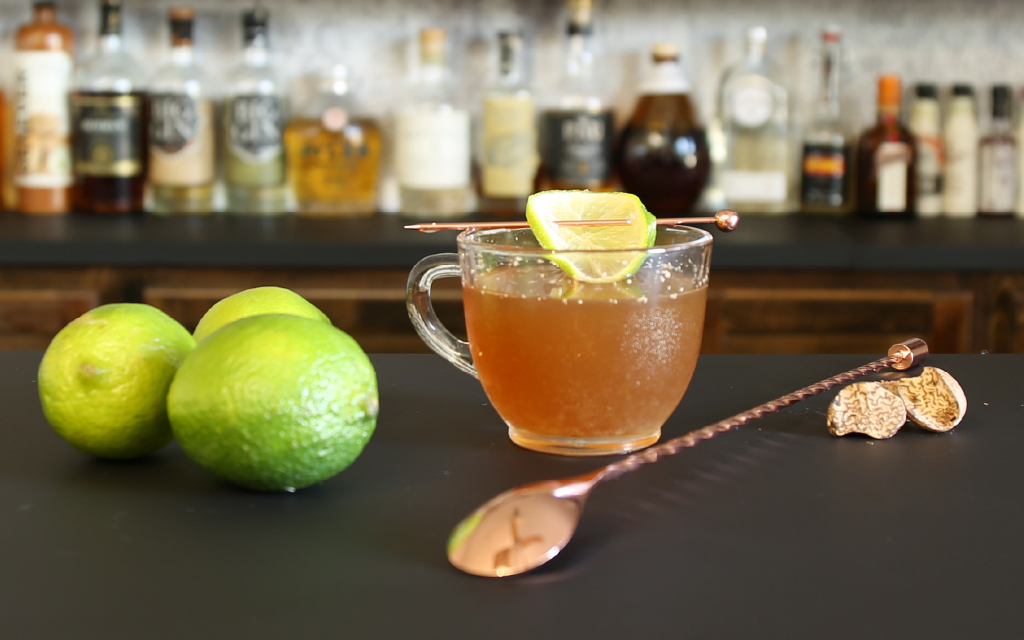 Often when we talk about “Old” cocktail recipes we’re talking about recipes that pre-date prohibition, or maaaaybe even go back to the 1700’s. This week’s recipe takes “old” to a whole new level. This punch was already well known when it was first documented in 1694 by Sir John Gayer, the General of the East India Company and governor of Bombay at the time.

We found out about this punch in – you guessed it – David Wondrich’s book, “Punch: The Delights (and Dangers) of the Flowing Bowl”.

Hard to Come By…

Traditionally, this punch was called the Bombay Presidential Punch, but that recipe was made with Batavia Arrack – a type of rum made from a mixture of cane sugar and rice. It’s said to have a vegetal, funky, and “leathery” note, and unfortunately, was nearly impossible for us to find. Taking Wondrich’s advice in the book, we’ve substituted a combination of Jamaican rum and Cognac (2:1 ratio) and called the punch “Bombay Government Punch” to avoid confusion (I hope).

Similarly, the old recipe called for “Jaggery”. My research indicates Jaggery is a sugar cane that’s been boiled down until it’s nearly solid, then had palm or date sugar added. Again, I didn’t have any sugar cane lying around, so we’ve instead made a Demerara Syrup. My hope is that using a less refined sugar will keep some of those funky molasses notes, somewhat replicating the “unrefined” nature of the original Jaggery.

Look closely at the ingredients… Look familiar?  This punch is kind of like a very early, unrefined version of today’s Daiquiri!  It has rum, sweetener, and lime juice. So if you’re a fan of the Daiquiri, this punch might be just the ticket!

Watch Now: How to Make the Bombay Government Punch 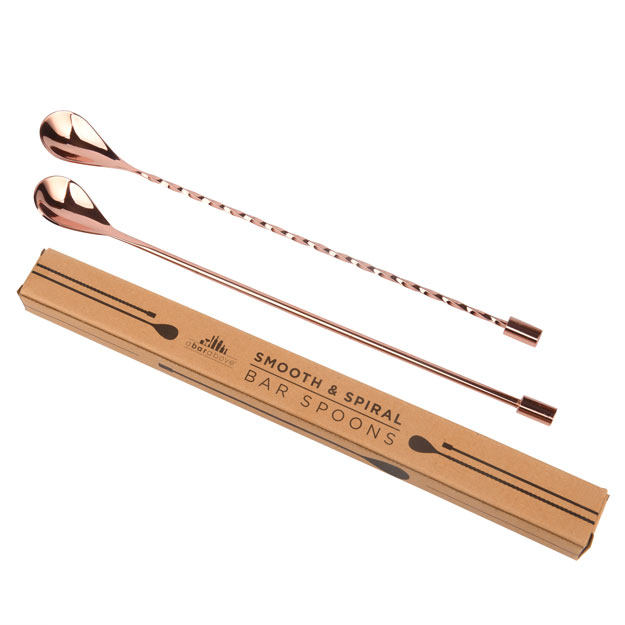 Finished in a gorgeous copper color, these bar spoons are balanced, double-welded and ready to stir! Whether you’re making 4 gallons of punch or a fine Manhattan, stir in style with these trusty bar spoons. 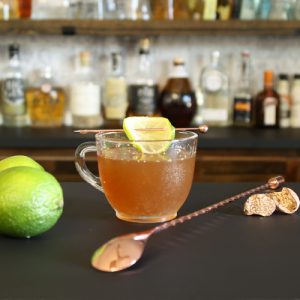