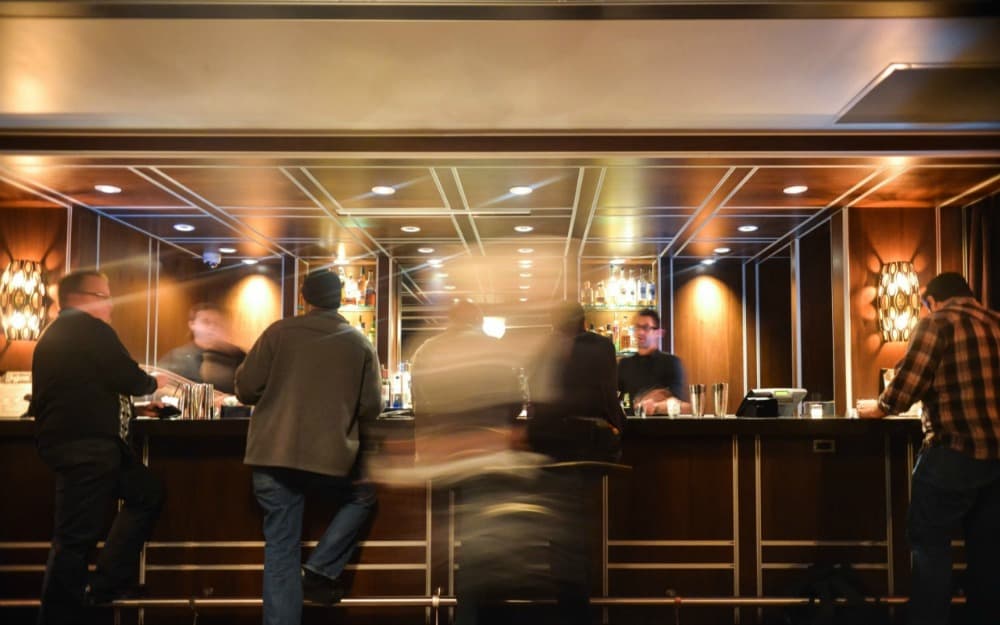 The world of hospitality boasts many benefits for bartenders. We get paid to socialize and network. We have the opportunity to learn new aspects of the industry daily—whether that entails practicing a new cocktail or reading about the history of bitters. We also have the ability to maintain a flexible schedule while making good money. However, not everything about bartending is exciting and pleasant.

There are nights where the very people we depend on for income and conversation—our customers—leave us feeling like caged animals questioning why decided to work in the industry.

A few weeks ago I was working a slow Monday night shift. I had two customers at the bar— an attractive, 40-something business woman in town for a conference and a 50-something salesman who told me about his two kids while showing me photos of the cabin he is currently renovating. Both of them were pleasant, and I was grateful to have their company.

Around 11pm I was given the go-ahead to close the bar for the night from my manager and just as I was about to do last call for them, a man stumbled into the bar on permanent crutches (we will call him Harry). Harry sat down and immediately demanded a “Ketel One straight.”

I grabbed a rocks glass and a jigger, measured out two ounces and placed it on a napkin in front of. He looked at his drink and said, “That’s it?”

“That’s two ounces. You saw me measure it. You are welcome to buy a double if you would like.” I replied, annoyed by his entitlement.

“Fine. Make it a double. There is barely anything in here.” Harry continued, while wincing at the drink as though he was looking at an empty glass.

I measured out another two ounces in front of him, poured it from the jigger into his drink and asked if he would like to open a tab (I secretly was hoping he would say no so I could continue closing.)

He shot all four ounces back in a single gulp, slammed his rocks glass on the bar threw a visa card towards me and said, “another one.”

I felt slightly uneasy about giving him another drink, as I didn’t know where he was coming from and couldn’t tell if he was already drunk or crazy. I poured him another drink anyways (against my better judgment) and then the crazy started to come out. First, he went on a political rant about his disdain for Obama and how he has single handedly destroyed this country. Then he started making inappropriate sexual gestures towards the woman sitting at my bar (because there’s nothing sexier to a woman than an angry, inebriated man). He stumbled from his seat to hers and tried to kiss and touch her several times. Luckily, he was on crutches, so she was able to move away from him before physical contact could be made. The show didn’t end there; he aimed to impress us all by claiming to be one of the richest men in the world with a giant you-know-what.

Naturally, I felt the need to call my manager over and take control of the situation as I was beyond annoyed by Harry’s behavior. My manager handed him a glass of water alongside his tab and asked him to leave.

As every hospitality worker knows, alcohol releases people of their inhibitions— and sometimes transforms them from Jekyll to Hyde. This reality can be an entertaining aspect of our jobs or it can be extremely aggravating.

So what’s a bartender to do when “Harry” walks through the door?

Shift your perspective from negative to positive:

It’s easy to become annoyed (I certainly was) and angry with people like Harry who come across as ungrateful and miserable. The reality is, people who are happy and fulfilled don’t act like Harry— keep that in mind as you serve your Harrys of the world.

The Harry I was serving had a physical disability— one of his legs was much shorter than the other. Based on his commentary and presence, it seemed he was desperately trying to overcompensate for what he viewed as a disadvantage. I certainly don’t know his story but I do know is his life wasn’t where he wanted it to be.

If Harry comes in and seems intoxicated and you feel uneasy about serving him then don’t. You are the bartender, and you are responsible for the alcohol you serve to others. You have the power to choose whom to serve at all times. If someone seems drunk, don’t feel bad about cutting him or her off.

Focus your attention on pleasant customers:

You are not a caged animal forced to perform for every person who walks through the doors of your bar. If a customer is disrespecting you in any way quickly move on to the next person.

Allow management to step in if things get uncomfortable or out of control:

If Harry becomes inappropriate seek attention of management or security. Alcohol is no excuse for sexual or any other kind of harassment and there is no reason you need to tolerate it. Rather than becoming upset or taking matters into your own hands, bring in someone who is removed from the situation and able to rectify it peacefully.

Ultimately, there will always be unpleasant people in the world and while you cannot control when they might appear in your bar, you can control how you act in response to those people. 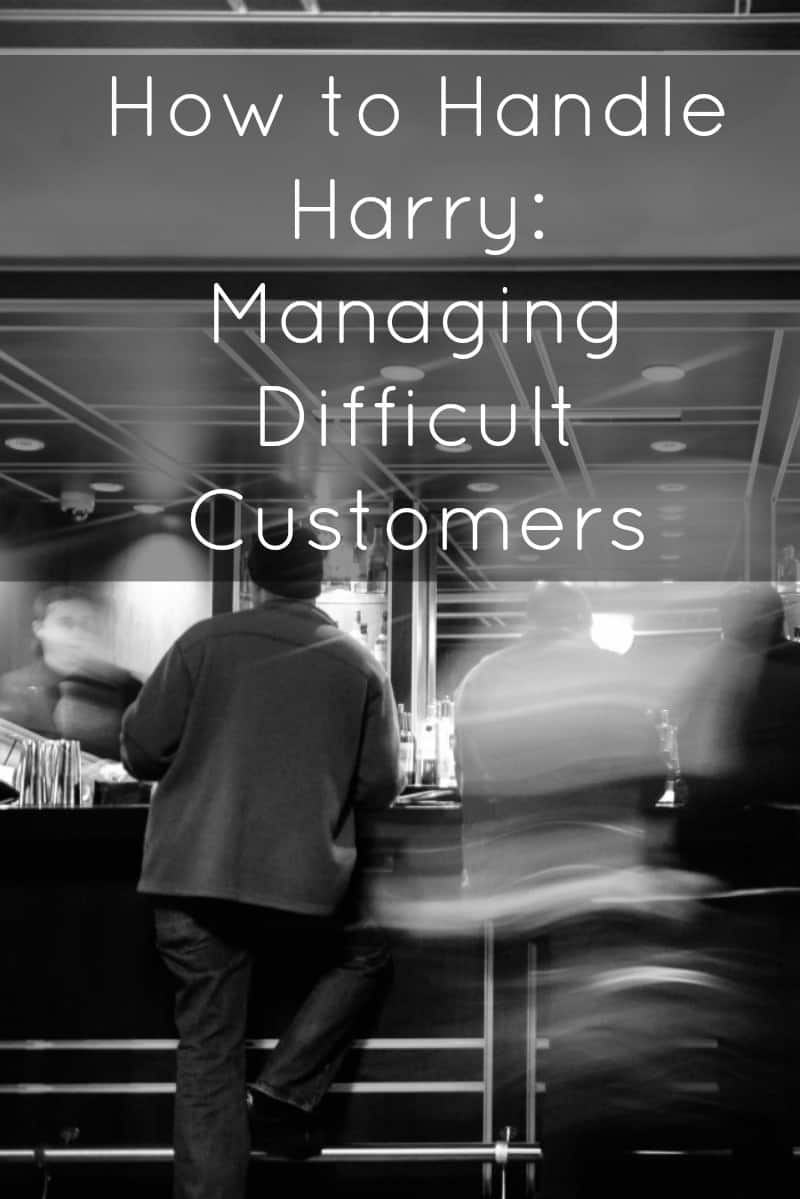