Switching Jobs: Are the Tips Greener on the Other Side?

This post may contain affiliate links. Check out this disclosure for more info. Thanks for your support! 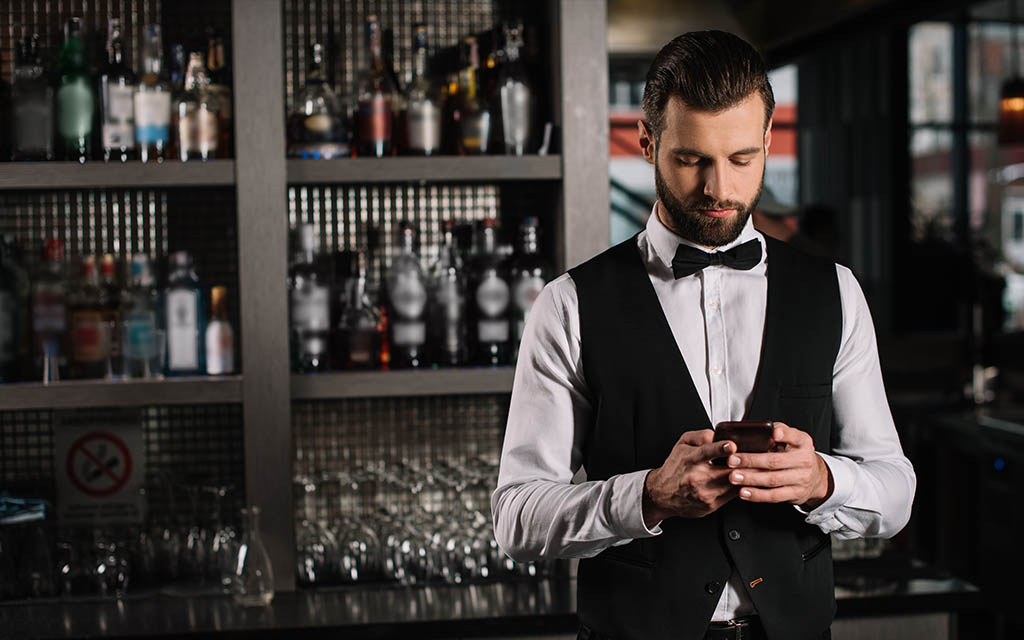 While contentedly tending bar one evening I received a curious offer. One of my guests was the new owner of a bar down the street. She wanted me to work for her.

“I don’t think you have a chance of pulling me away,” I told her. “I’m very happy here.”

It was not only the professional thing to say. It was true. After six months on the job, I was settling in. I was making good money, had an expanding group of fun regulars, liked my schedule and was given autonomy by the management.

“You should at least talk to my partner and I about it,” she replied.

This was also true. At least I should know what I was turning down.

Any night of the century, you’ll find a group of workers from various hospitality joints having drinks and releasing steam. Invariably one of them had a great night, earned beaucoup bucks and isn’t shy about sharing the tale. Across the table is someone who just had a lousy shift in a string of lousy shifts.

Has that ever been you? How did you feel? Like you should work over there instead of where you are?

Ask yourself a few questions before showing up with your resume.

Do you actually know? Your paycheck stub will show your year-to-date wages and claimed tips, but do you claim them all?(Don’t answer that. The IRS loves reading my work.)

You should be documenting what you make every day. Not only will you know exactly what your job is worth per hour, day and week, but you’ll also know when you make your money. Do you earn more on Monday or Friday? More in August than April? This will also help you plan vacations and days off. (If you can predict a dead week, take a trip.)

Know what you really make before getting froggy.

2: How good is your schedule?

And how important is schedule to you? For parents, having time off that jives with your kids itinerary is worth more than cash. Are you currently working the hours and shifts you want?

Will your schedule improve at the next place? When looking for a job while still employed, you can put your foot down about days you won’t work. Yet sometimes the FNG gets the shifts no one wants, so don’t ditch your perfect schedule for one that doesn’t fit.

Sorry for the brusque short answer, but don’t bank on it. They may love you, but you’re the one with the drugs. They’ll love your replacement too.

Bar patrons often hang out near where they work or live. It’s geography. You may be able to take your crowd with you if you’re not moving far. If you’re moving across town, plan on building a new following.

I may be wrong, but it’s better to be pessimistic on this point. Be pleasantly surprised when familiar faces come through the door, not sourly disappointed when they don’t.

What’s your long term plan? Will you stay a bartender forever? That’s often not a bad thing, especially in states with a high minimum wage. In Washington I have always made more per hour than my supervisors and usually my managers.

If your establishment is small or if the people above you are well established, there may be nowhere for you to go.Moving somewhere else may be the only way to ascend.

Perhaps your next job will allow you to be the lead bartender. Maybe it will be a vertical path into management. Those opportunities are worth more than money, in the short term, and will lead to a steadier and more valuable career in the long run.

5: Get a Second Opinion

You can’t debate this at work. Don’t let your coworkers or patrons know you’re getting happy feet. Rumors will blossom and could rapidly spoil your relationship with your employer.

Do you have an experienced batch of comrades to speak with? You need someone who knows the town, neighborhood, establishment, ownership and management better than you. They can point out the warning signs.

How good is your intuition? Reading a hospitality employer is sometimes just a gut feeling. If you’ve been doing this since before the touch screen POS, you probably have a trustworthy gut.

6: How steady is the management?

Are the owners and managers new? This can be good and bad.

Established management means people know them and what it’s like to work for them. They are often predictable and likely to stick around – but they might be very set in their ways. (Which can be good or bad.)

New management may be open to new ideas and looking for fresh leadership. You can carve a nice role for yourself out of this wet clay. However, researching their background and history will be tougher. If the bar has a reputation for a new manager every few months, that’s a clear red-flag.

Is this place always hiring? The best jobs rarely open up and the best employers never need to advertise.

Beware of a reputation for crazy. (By the way, how crazy is your current management?) I once worked at a place while the owners were settling their divorce. Don’t do it.

If you leave on good terms and serve out your notice, they’ll employ you again. They’ll give you an available job, but expect the job you had before will be filled by someone new.

You can’t have your shifts and schedule back. They won’t be there for you. You’ll be starting at the back of the line again.

I was already training my replacement the day after I put in my notice. My job would be gone if I left it.

I did meet with the owners of the place. The bar was bigger and overall nicer looking than where I worked. I could see a lot of potential. They were offering me my same Monday through Friday night schedule plus more pay.

I debated with my wife for a couple days then called the owner I did not know. I asked him about his background, his other properties and the partnership.

There was no partnership. He owned it all. The other “owner” was the GM. Why did she give the impression she owned part of it? Odd…

I accepted the job, put in a two week notice but was having serious doubts halfway through my notice.

This was when I could talk with my patrons. I’d been telling them I’d be moving a half mile down the road. Many said they’d see me there. (Review question #3.) I started asking my regulars if the new job was a good idea.

I got a lot of honest feedback from the restaurant veterans that hang at my bar. One of them said the wisest thing on the topic. He told me that the owners were new and the job would always be there for me later. Give it more time and see how the place operates before jumping ship.

The next day I revoked my two week notice and told the new place thanks, but no.

Within a month their gambling license was yanked and they no longer could sell pull tabs. I heard multiple tales of irrational behavior from the GM. The place was dead. They couldn’t keep employees.

I would have been miserable.

So, should you leave your job for somewhere new?

Should you switch jobs? It happens all the time in our business. According to the Bureau of Labor Statistics, from 2006 to 2016 the average worker in the US changed jobs every 4.3 years. For Utilities workers, it’s closer to 10 years. For Food Services and Drinking Places, the number is 1.85.

But your situation is unique and I can’t answer that for you. I can help. Hit me in the comments and I’ll do my best. 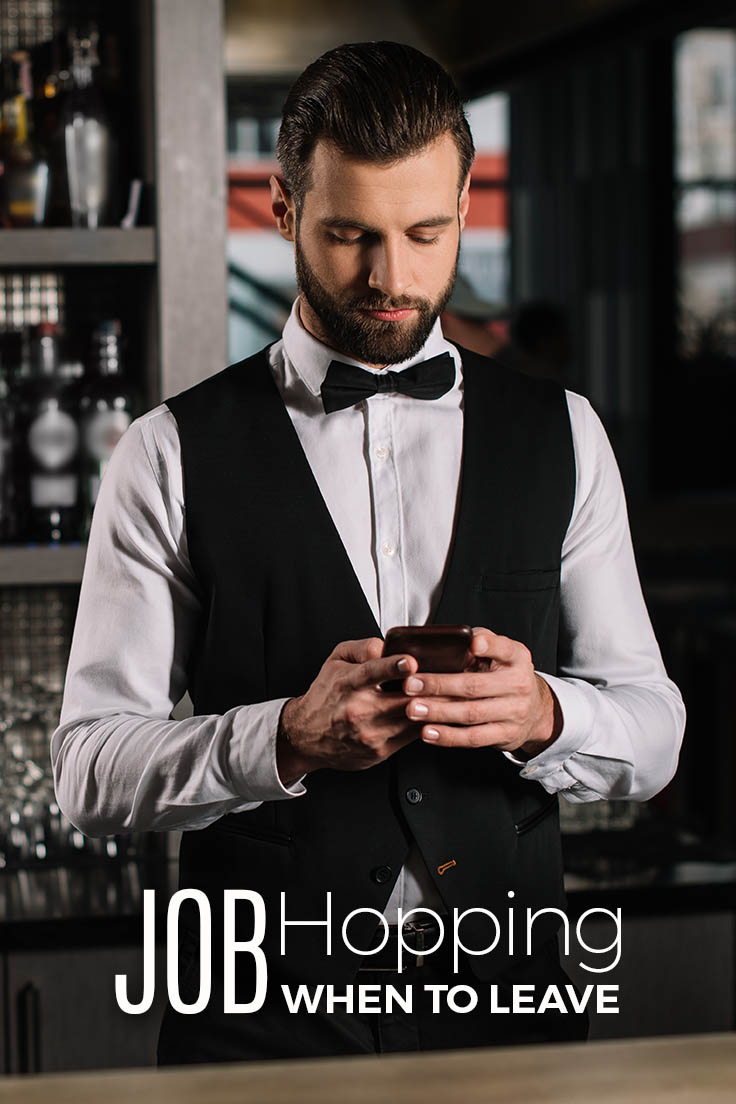 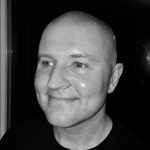 Eighty Six, also known as David Klenda, has worked the front of the house since George Bush's dad was president and OJ was famous for being a football player. He's been writing poetry and fiction longer than that. He'll write freelance about anything for a buck, but is so glad to be writing about something he knows and loves. Currently he is making a Spokane neighborhood dive a little more crafty.