Vodka, and Why it Deserves More Praise 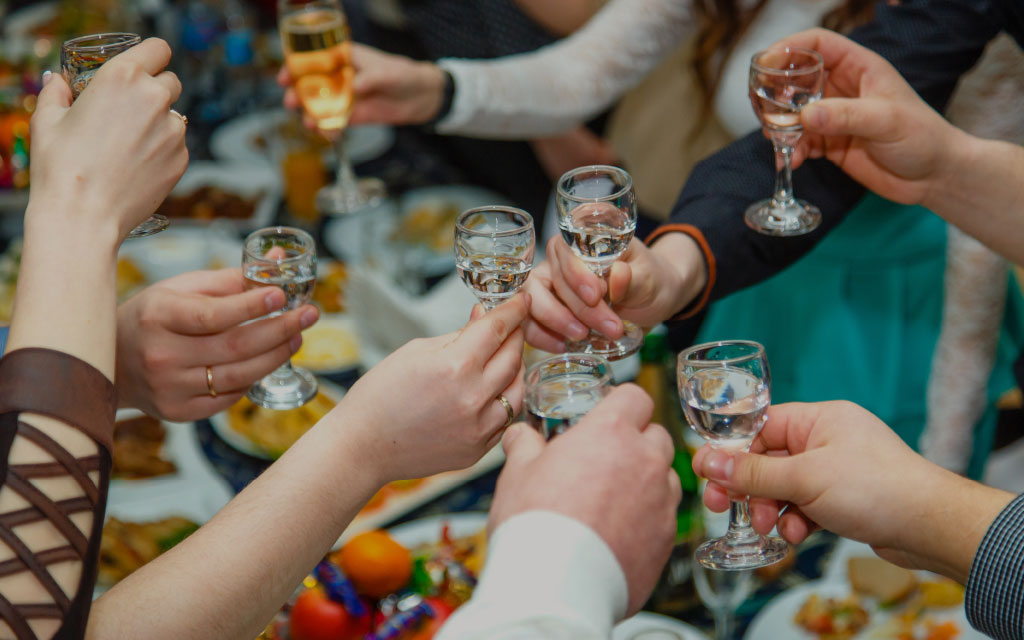 Vodka, while the most commonly ordered spirit across the U.S., is also one of the most misunderstood. Tarnished from years of both excessive flavoring and lack of profile, thankfully the vodka industry is now finding itself aligned with the craft spirits industry. No longer a flavorless, orderless, and colorless (actually, it is still colorless) spirit, but one of depth, viscosity, and boldness. Beautiful in its simplicity and incredibly versatile, vodka is one of the major, and dare I say, most important building blocks in the drinks world. Think of it as your foundation to mixing, learn to highlight a spirit with a very delicate flavor profile in a cocktail before moving onto spirits with a bit more complexity. Vodka can be an overwhelming category due to its versatility, there are really no limits to what you can do with it. The purpose of this article is to distill down some of the most popular techniques that are common practices for both home and on-premise bartenders.

Move over gin, vodka is here to stay!

In 1950 only 40,000 cases of vodka were sold in the U.S., but fast forward 5 years and that number is now 4 million! Riding the wave of hipsters and feminists, vodka was sinking its hooks into the American market, one Martini at a time. This clean, pure, and sophisticated drink was becoming so popular that even whiskey makers attempted to strip the color that comes from barrel-aging their products to match the appeal of vodka, a practice that thankfully was short-lived. Since the 1950’s, vodka has only seemed to solidify its place as a core spirit in back bars across the country. Vodka was a trend that’s driving force was feminists and flappers, no longer ordering from the patronizing “women’s” section of the cocktail menu that often consisted of drinks such as the Lady in Pink, Pink Squirrel or Lady Alexander.

Flavored Vodka vs. the Flavor of Vodka

Late in the 80’s Absolut Vodka released an item that would change the market indefinitely, but I will leave it up to you to decide if it was for the better… or for the worse. In 1986 the first flavored vodka hit the U.S. market, Absolut Peppar. The product was loved by bartenders in New York and Boston, among other markets, and became the perfect addition to the bartender’s tool kit to simply spice up their cocktails, especially the Bloody Mary. This spicy new vodka was only the tip of the iceberg. Since then, hundreds of flavored vodkas have flooded the market, each flavor more abstract than the next. Just like that, vodka went from being a neutral spirit without distinctive taste, scent, or color to a spirit that can come in almost any flavor that you can imagine. Smirnoff, Stolichnaya, Pinnacle, Absolut, and many more took back bar by storm, each with their own flavor line-up (although many of them overlapped). As more flavors hit the market, the over-saturated vodka category began to lose connection with its heritage.

Come the cocktail renaissance, many bartenders stayed clear of the sugary flavored vodkas which took the attention away from vodka in general. Commonly perceived as simple or boring, vodka was not thought to be complex or to have any type of flavor profile, which is simply not true. Vodka can be quite complex, often showcasing NATURAL flavors from the fermentation and distillation process like; pepper, citrus, cereal grain, and baked breads (depending on what is fermented to make the mash; i.e. grapes, rye, potatoes, etc.).

How to Use Vodka

Vodka is a staple spirit in bars. In fact, based on the number of cases sold in the U.S., 1 out of every 3 cocktails ordered are vodka based! So, how do we use it? Simple, however you want. The beauty of vodka is, in its simplicity, showcased best in spirit forward cocktails; think Martini, Gimlet, neat, or on the rocks.

All perfect ways to highlight the craftsmanship and natural flavor of the spirit. Because vodka is such a delicate spirit, it can also be used to make crisp and refreshing cocktails such as the Vodka Rickey, Vodka Highball, or the Cape Codder. You could also utilize vodka’s submissive flavor profile and allow it to fade into the background and lend only its alcoholic kick to your cocktail. A perfect example of this is the Bloody Mary or the Espresso Martini (my personal favorite). 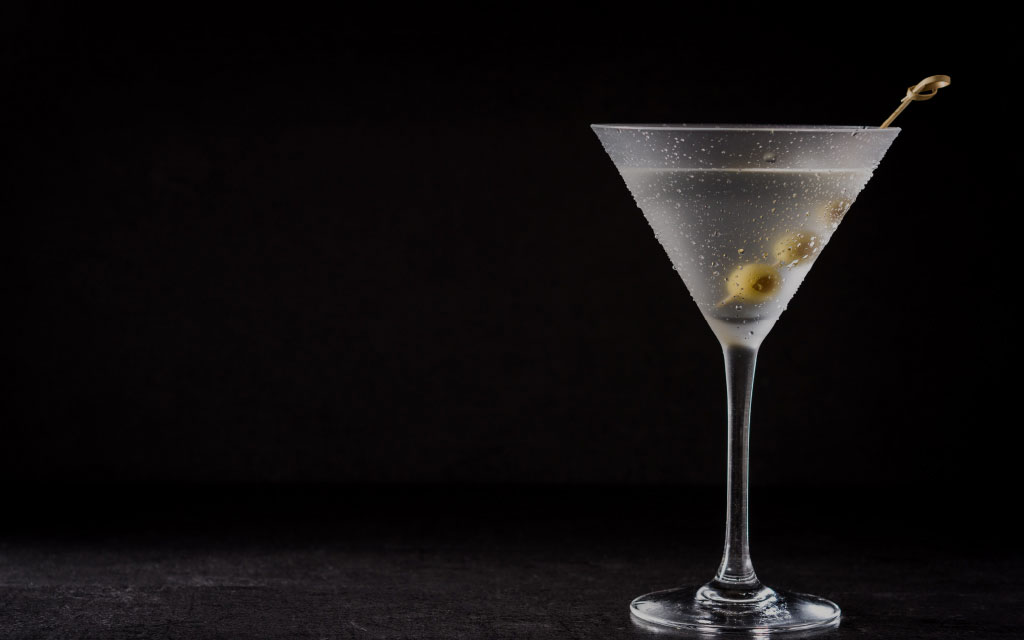 The irony of vodka is that it is a massively misunderstood spirit that falls casualty to its generic definition “a neutral spirit without distinctive taste, scent, or color.” Sounds boring, right? Wrong, it sounds like the perfect blank canvas for a bartender/mixologist to express their creativity! 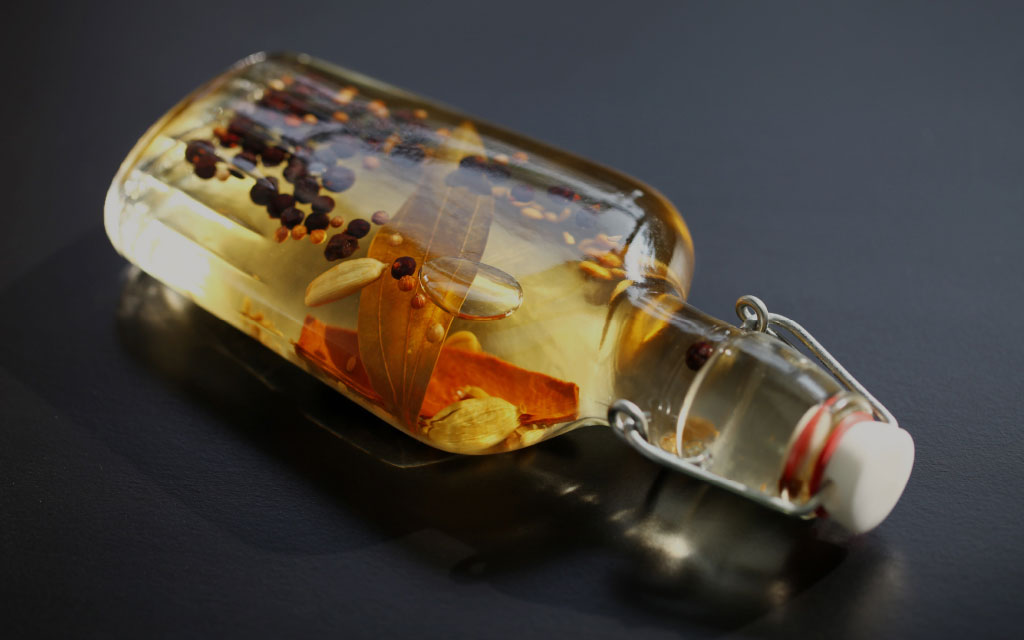 While flavored vodkas are still relatively unpopular, the craft community fully embraces infusing their own! When it comes to infusing vodka, the sky’s the limit – any fruit, vegetable, spice, or any other food-safe products you can get your hands on can be used to infuse your vodka. This is the perfect way to add new, exciting, seasonal flavors to your home bar and spice up some traditional vodka-based cocktails.

So grab yourself some mason jars or an infusion kit from Amazon and get started! As I mentioned, the possibilities are endless so I will just talk about a few of my favorite flavors to infuse; 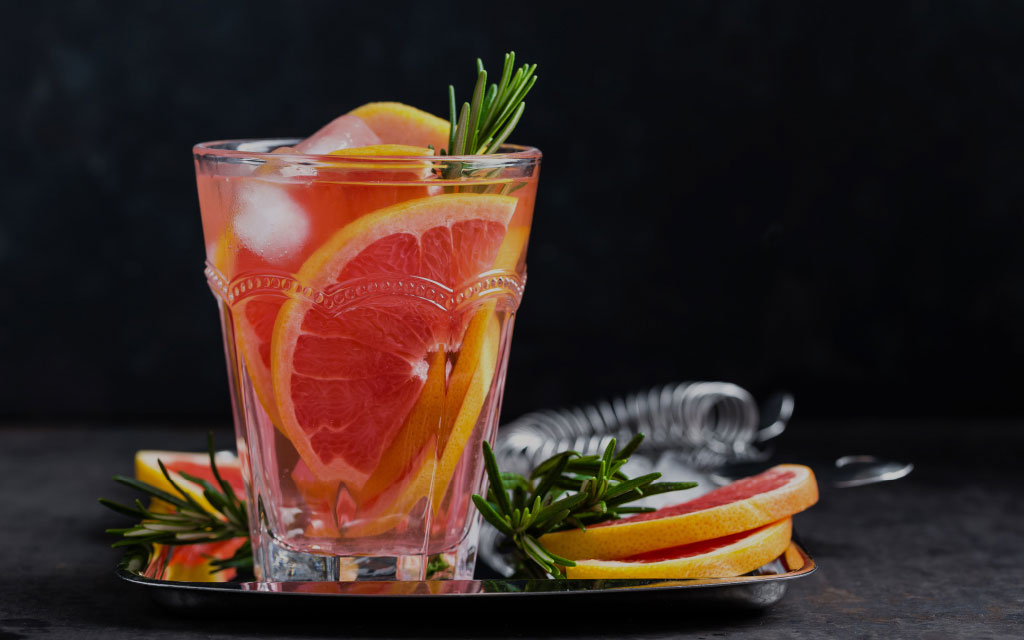 Add all the ingredients into a large air-tight jar, and store in a cool dark place away from direct sunlight, and give the jar a shake or two each day that it is resting. This infusion is perfect for light and refreshing cocktails, such as a paloma riff. Simple as adding grapefruit soda and a garnish and you have a unique cocktail ready to serve to your guests. 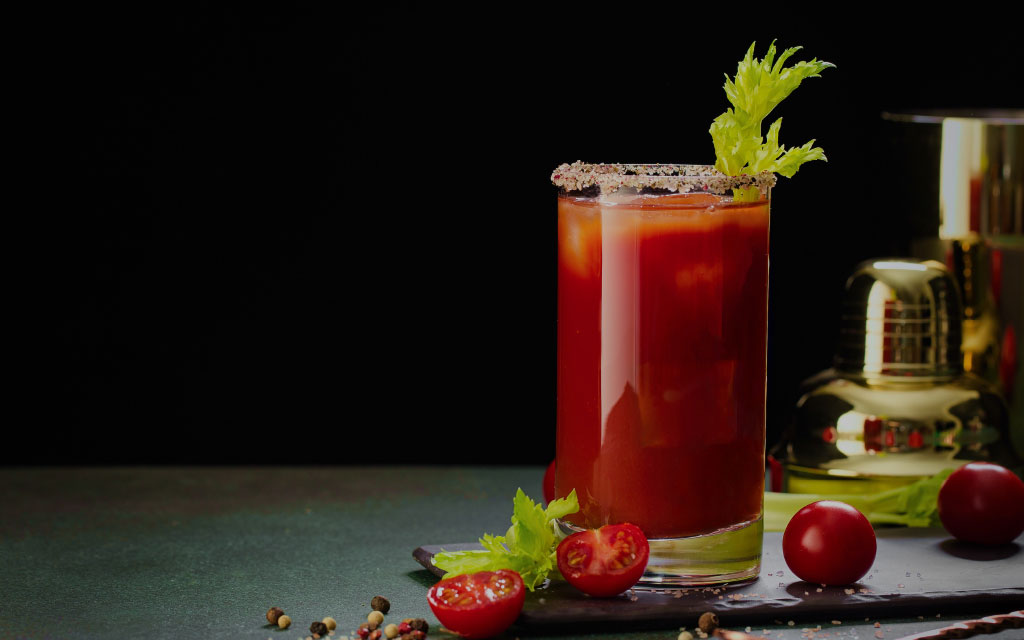 Add all ingredients to an air-tight jar (or two if you don’t have a big enough jar to accommodate the recipe) and store in the refrigerator for 7 days. After 7 days, strain the vodka from the rest of the ingredients and enjoy! This recipe is perfect for Bloody Marys or oyster shooters! One thing to be aware of is the flavor profile of the bacon is going to greatly influence the final product, so be sure to choose a bacon that will add the right flavors that you are looking for; I like to use peppered bacon for a little extra kick. I would also recommend using unsalted or low salt bacon.

Also, make sure to keep an eye on the Craft Cocktail Club on Facebook, as members of the club are always sharing great ideas on infusions and vodka in general, such as Cody Ostrander’s “Beet the System,” a beautiful seasonal blend between beets and rosemary.

**NOTE: Any infusion that utilizes meat or any animal by-product (i.e. bacon fat) which we will talk about next, should always be stored in the refrigerator, next to your vermouth…because vermouth also belongs in the refrigerator.

Fat-washing is an old perfumer’s technique of infusing an oily substance into alcohol. The concept of fat-washing is similar to that of infusing spirits with a solid, to add a desired flavor to the booze. But unlike infusing, fat-washing adds a smooth or creamy viscosity to your spirit which lends itself beautifully to a dirty martini. So how do you fat-wash your vodka? It’s actually easier than it sounds, you simply add a liquefied fat or oil to the vodka and give it a good shake. Remember that you are extracting a flavor from the olive oil, so you will want to use a good quality oil. Next, let the mixture sit at room temperature for 24-48 hours to fully blend and then toss it in the fridge or the freezer to solidify the fats. The fat will form a solid disc at the top of your container – simply scrape that away, and then filter the rest of the liquid through a cheesecloth to remove any remaining particles of the fat.

We as consumers are quite spoiled by the amount of product that we have access to at our local retailer. While there is no call for vodka to prove its clear dominance as the most commonly consumed spirit in the U.S., some producers are working tirelessly to break free from the high-proof, flavorless and odorless mold. A point of great debate in the spirits/hospitality world is whether or not the word craft should be associated with the vodka category. The definition of craft (an activity involving skill in making things by hand) is pretty straight forward, and most certainly encompasses the production of small batch vodka. So what do these craft distilleries do to separate themselves from the rest of the pack?

With a product that has such a minimal amount of ingredients the distillers really only have three areas to make changes to their new make spirit. The first opportunity distillers have to make their product unique is choosing what to distill from. Things like corn, barley, potatoes, rye, milk, (Yes, as in dairy cow milk – Black Cow Distilling out of West Dorset, England is the first to produce a whey-based distillate.) etc. will all impart a different texture and flavor profile to the new spirit. 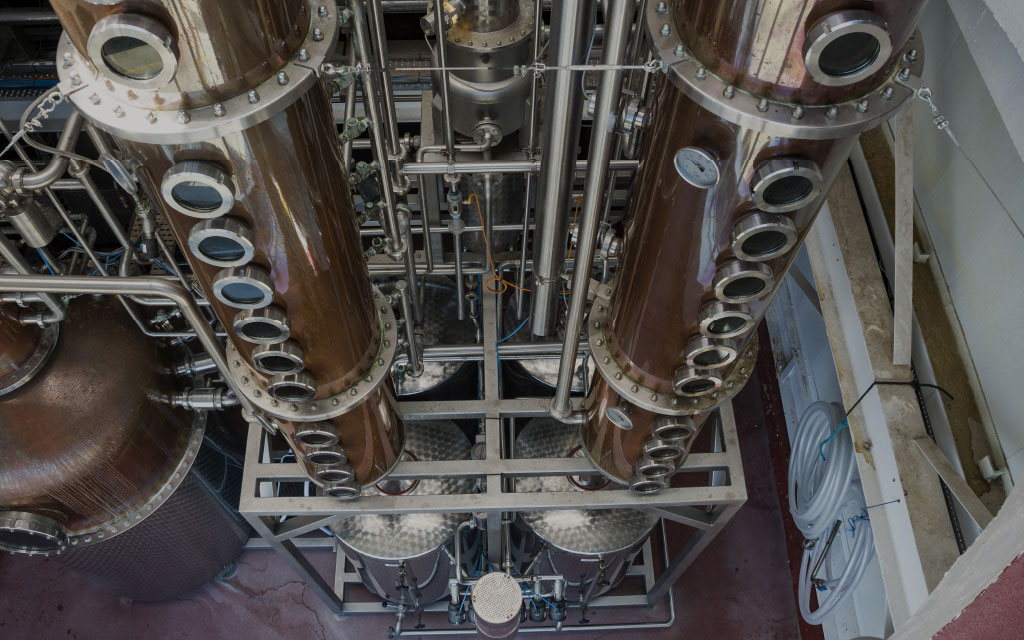 Second is the actual distillation process, the style of the still (Pot or Column) and what the still is made of (copper or stainless steel). Pot stills, which are always made from copper, produce a more congener-rich spirit and the copper plays an important role in stripping away sulfur compounds that would otherwise add undesirable flavors to the spirit. Column stills, made from copper, stainless steel, and sometimes both run much more efficiently than pot stills. They are capable of producing higher ABV spirits, which means less flavor. Lastly, the water used to proof-down the spirit can add both flavor and texture to the product, although the argument is strong that the variants of water used for proofing is all a marketing ploy.

The world of vodka is a world worth exploring, and to all the naysayers, numbers do not lie and vodka is still the reigning champion of the U.S. Will it one day be dethroned? More than likely, but one thing is for sure: it’s here now and it’s not going anywhere. Understanding vodka and how to use it is a very important tool to have in your bartending tool kit, and whether it’s at home, or in a pub behind the stick, someone will ask you for something with vodka. So be prepared and knock their socks off with your olive oil, fat-washed craft vodka Caper Martini. 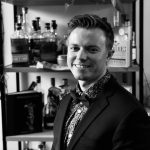 Jake Howard is a former bartender & bar manager, who recently switched to the dark side of the industry, brand work! Currently working for Diageo and Moet Hennessy as a consultant in Portland, ME, he spends his free time hiking and learning about spirits. Jake is also a Certified Scotch Professional and a Bourbon Steward. Follow him on Instagram @cocktail_cabinet to see some more drink content and recipes for the home bartender. Cheers!