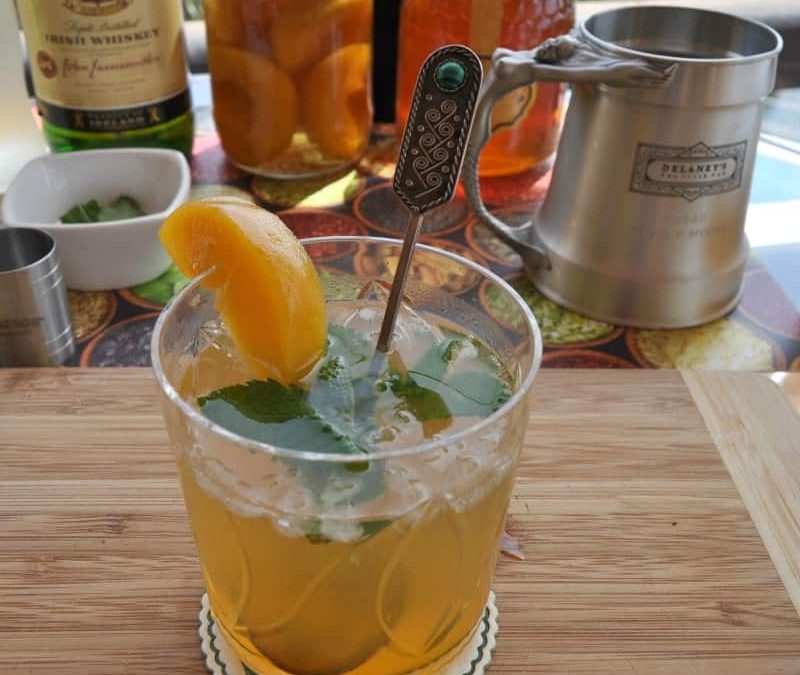 This week’s cocktail is a reader submission – from a cocktail enthusiast in Europe who suggested I refer to him as “Daithí Ó Mórdha”. I’ll let him tell the story:

A posting on a social media music site ‘God’s Jukebox’ of a song about ‘Typhoid Mary’ inspired me to do a little further research and what I discovered planted a germ of an idea. I’d always wanted to create a cocktail that would “go viral” and was surprised to learn, (considering the back story), there had never been a cocktail invented in honor of Typhoid Mary!

So I did a little experimenting and created this cocktail: I believe it is the very first viral cocktail to honour Typhoid Mary as a fitting elixir.

I put a bit of a spiel together for the Bar Traders of New York and further afield to use. I predict that this viral cocktail will be the first to go “pandemic!”

“The Typhoid Mary Cocktail, some might label it a recipe for disaster or call it an infectious concoction or conversely an elixir to ward off infection, depending on your immune system. This recipe can also be adapted as a ‘Hot Toddy’ in winter to ward off colds, viruses and all sorts of ailments in addition to warming the very cockles of your heart…
They say what doesn’t kill you may cure you and perhaps like Mary Mallon AKA Typhoid Mary, you may find yourself immune to the disease and discover that the water of life is the elixir of life “!

Then in honor of Mary who was quarantined for close on thirty years at Hell Gate, North Brother Island in New York’s East River, an appropriate toast:

“To Hell’s Gate with the luck of the Irish & Sláinte”!

(Sláinte is a Gaelic word meaning…good health to you!)

Thank you so much to Daithí Ó Mórdha for sharing your recipe and pictures with us! It looks absolutely delicious. 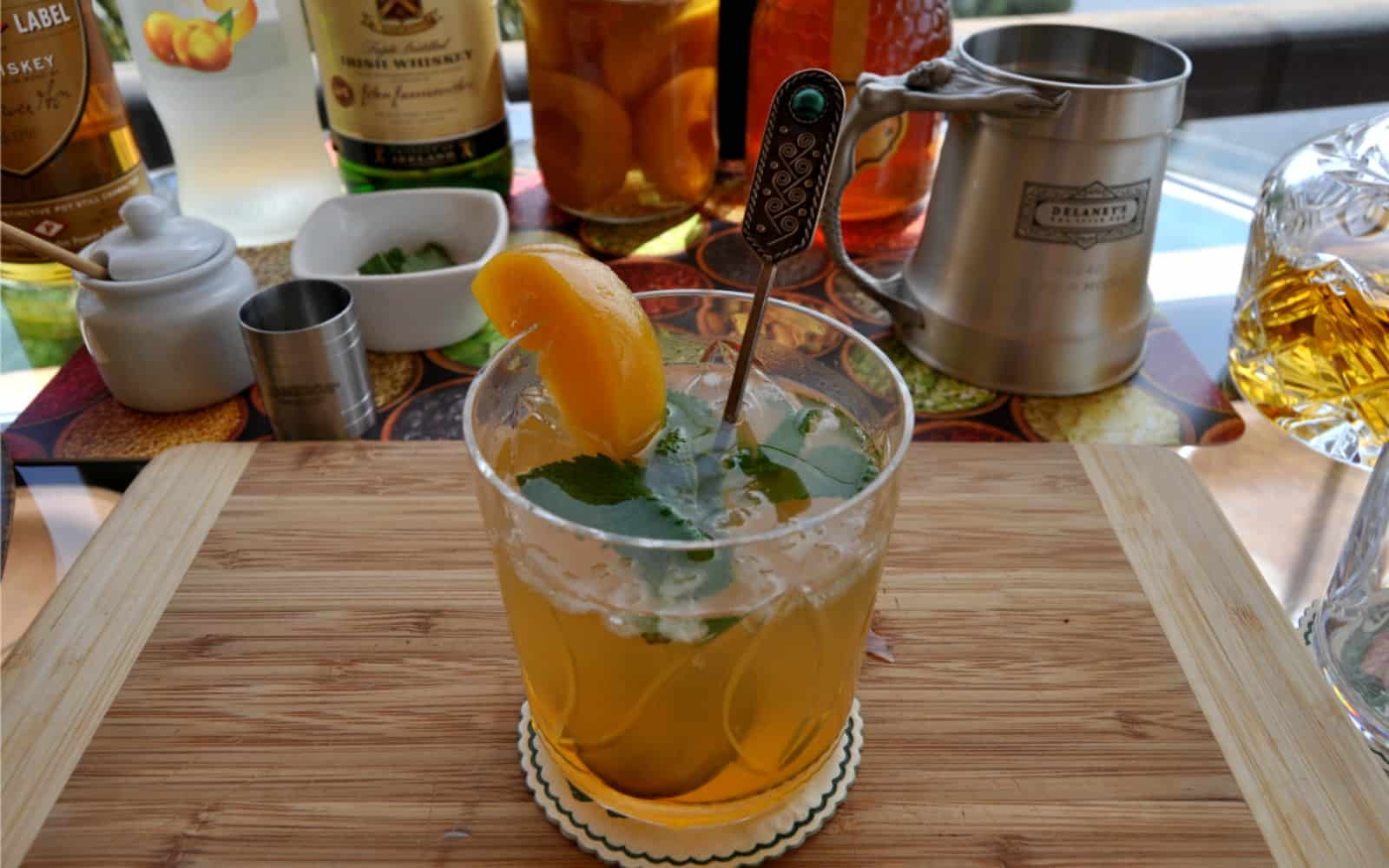 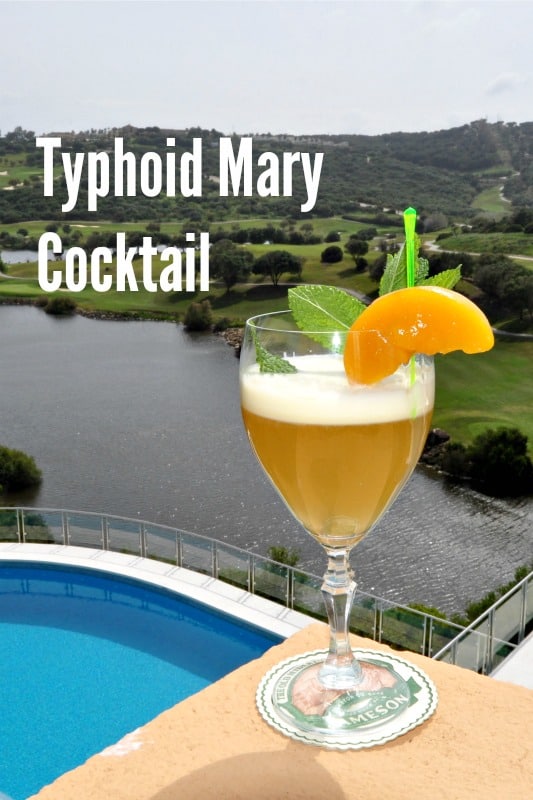 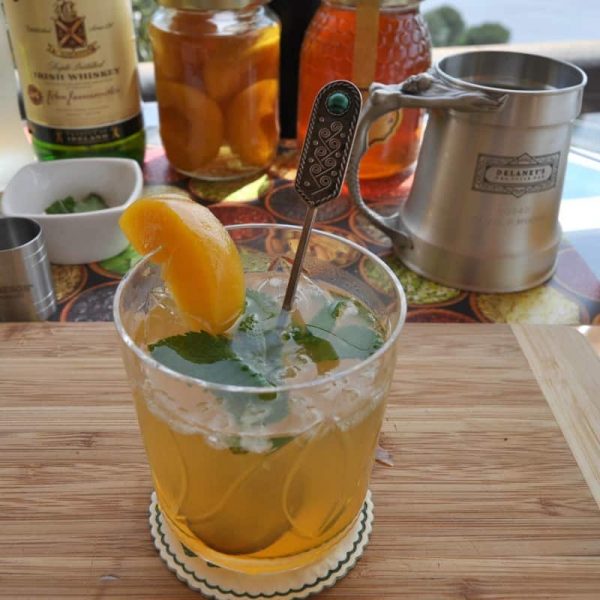