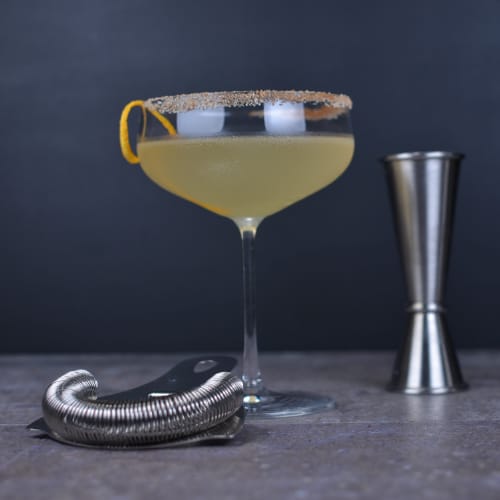 There’s “Classic” cocktails (which often overlaps with “Pre Prohibition” cocktails), and there are “modern” cocktails. And then there’s that middle ground – those cocktails that are well established and a decade or two old but not that classic. I like to call them “modern classics” but it’s all totally subjective and frankly doesn’t really matter… because what matters is what you like! And this is a cocktail I like. 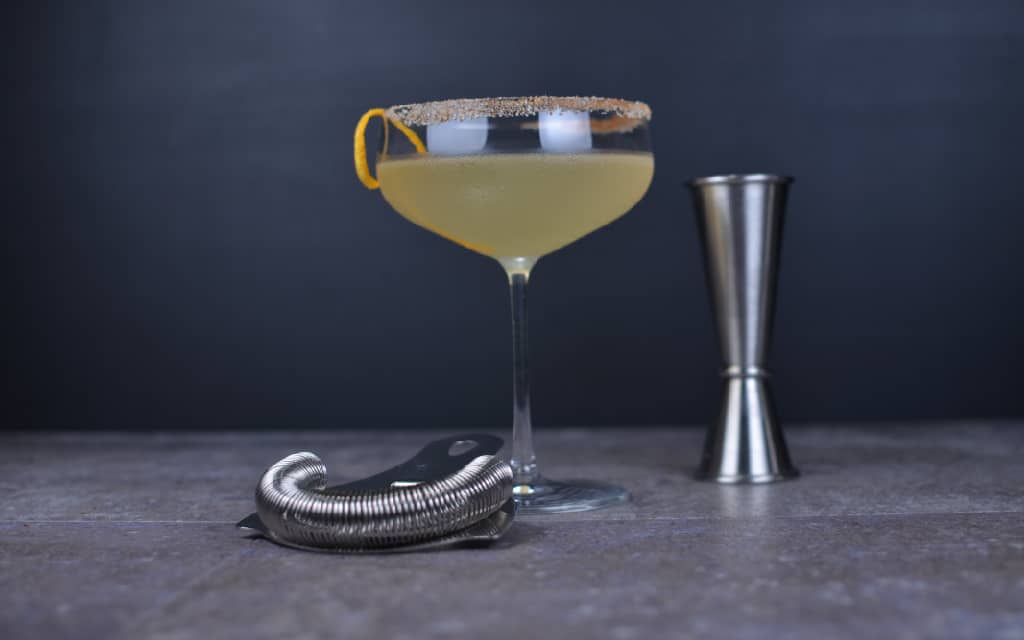 Created in 1996 by now well-known startender Tony Abu-Ganim, this cocktail is considered a take on a Sidecar (ahem) and supposedly commemorates the Starlight Room bar where he worked at the time. The bar overlooks Union Square and much of the city. And back in the 90’s it was the place to be in San Francisco. This cocktail is named for SF’s famous Cable Car mode of transportation and nowadays is about as “San Francisco” as a cocktail can get. 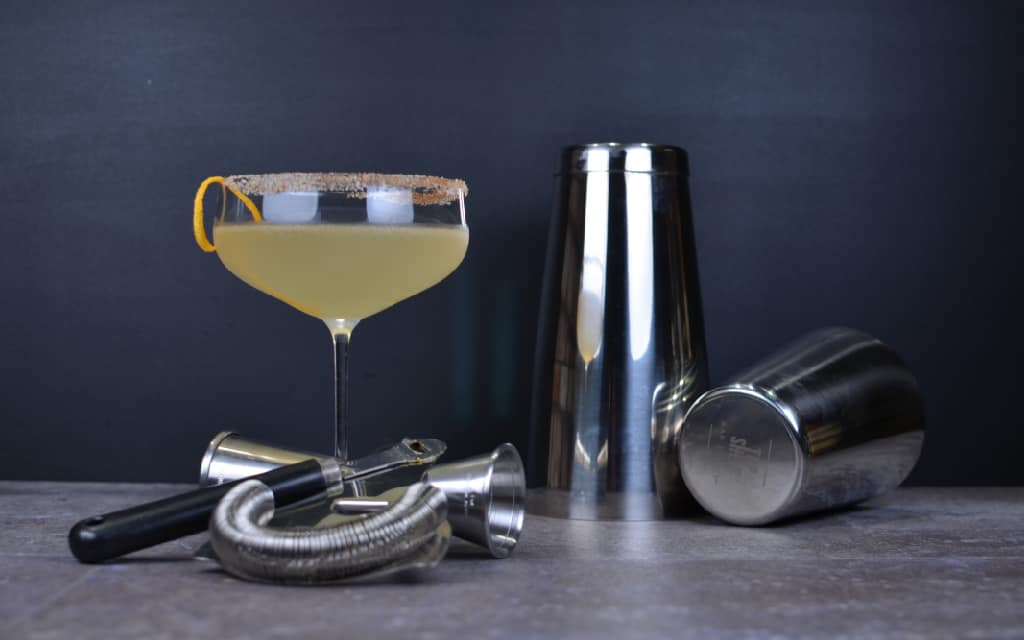 Like the sidecar, it’s very citrus-forward, with the combination of lemon juice and orange liqueur. I do find it a bit on the tart side for me (but the sugar rim helps a lot – and I suspect maybe that’s what Tony had in mind all along!) If you’d like it sweeter, just kick up the simple syrup a bit. After all – taste is in the eye of the beholder! (err.. mouth?) 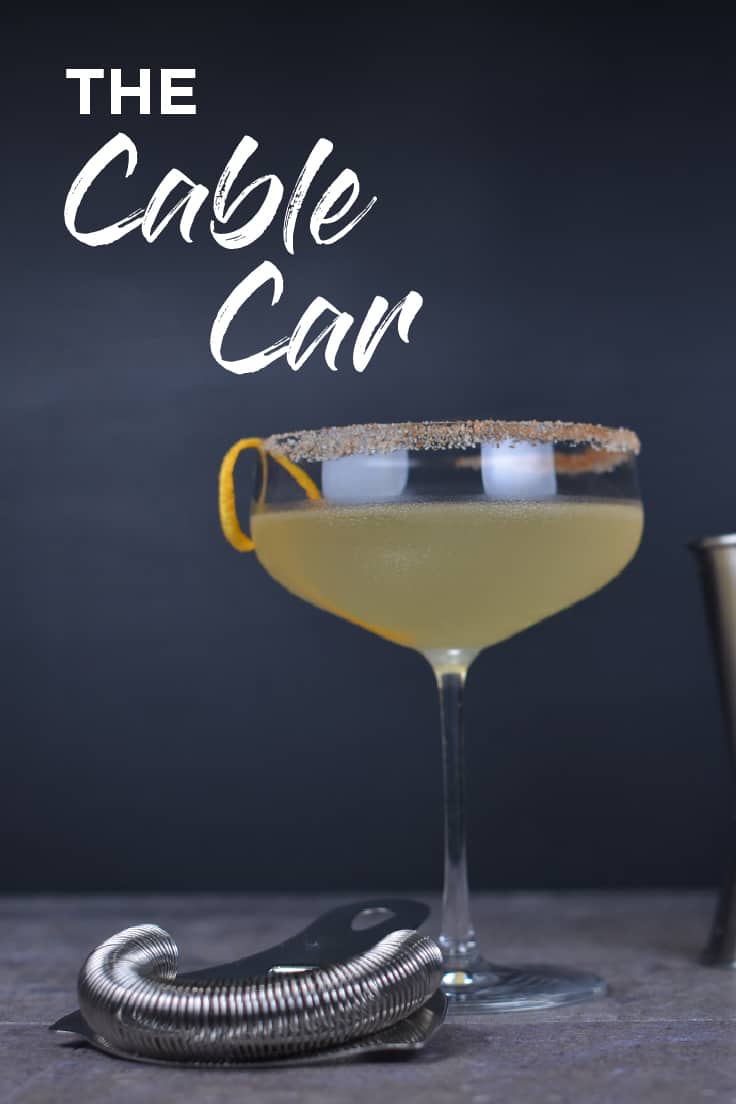 We help bartenders find a fulfilling career behind the bar.

Stay up to date with industry news and the lataest tips for growing your bar career.

Sign up here and I’ll send you my 16 page guide to winning cocktail competitions!

Sign up here and I’ll send you my favorite one-page cocktail cheat sheet!

Get the coolest newsletter on the internet!

Stay up to date with what’s happening in the world of craft cocktails.

Get our weekly newsletter for tips, tricks, industry news and discounts!

Where should we start?

Submit a Question to the Podcast

Hey! I just wanted to let you know that we’ve updated our Privacy Policy, effective May 25, 2018. Read it here to understand how we collect and process your personal data.

(Click the “X” in the top right corner to close this box.)

Get Updates & Grow your Career!