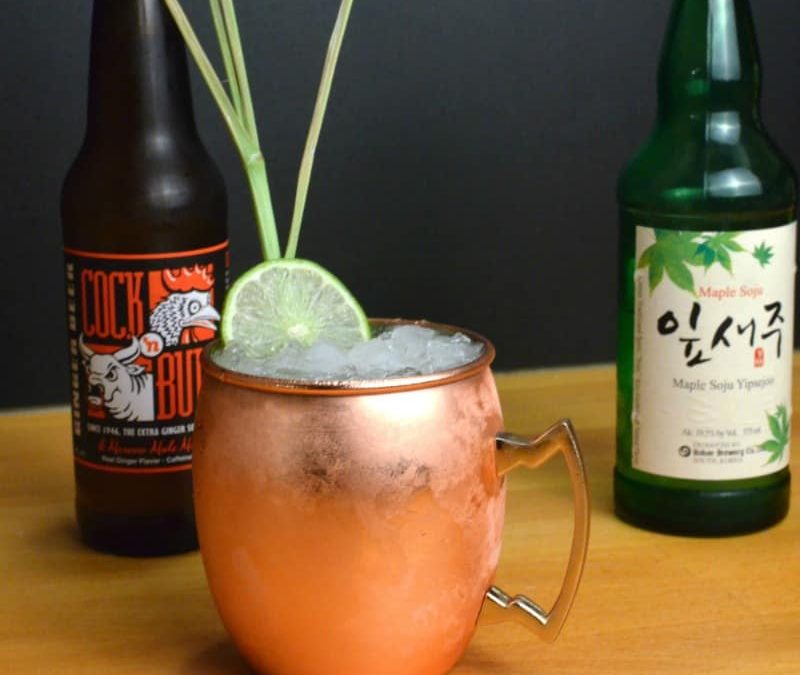 It’s not an animal… but it sounds like it could be.

Kicking around the fridge was a bottle of maple soju we’d nearly forgotten about – so when inspiration hits!

Knowing that the soju is a much lighter flavor than the ginger beer, I adjusted the quantities accordingly – kicking up the soju quite a bit. Alas, I still found the flavor completely overwhelmed by ginger beer. (But I love ginger beer, so this was still a great drink!) That said, if I made this drink again I would consider swapping out the ginger beer for a lighter style or even for ginger ale. (I can’t believe I just said that.)

You could also consider substituting more of the ginger beer for soju, but at some point you start to lose the spice and character of the mule. So as usual… I say play with it! Worst case, you have a drink that taste like Soju, or ginger beer. Both tasty. 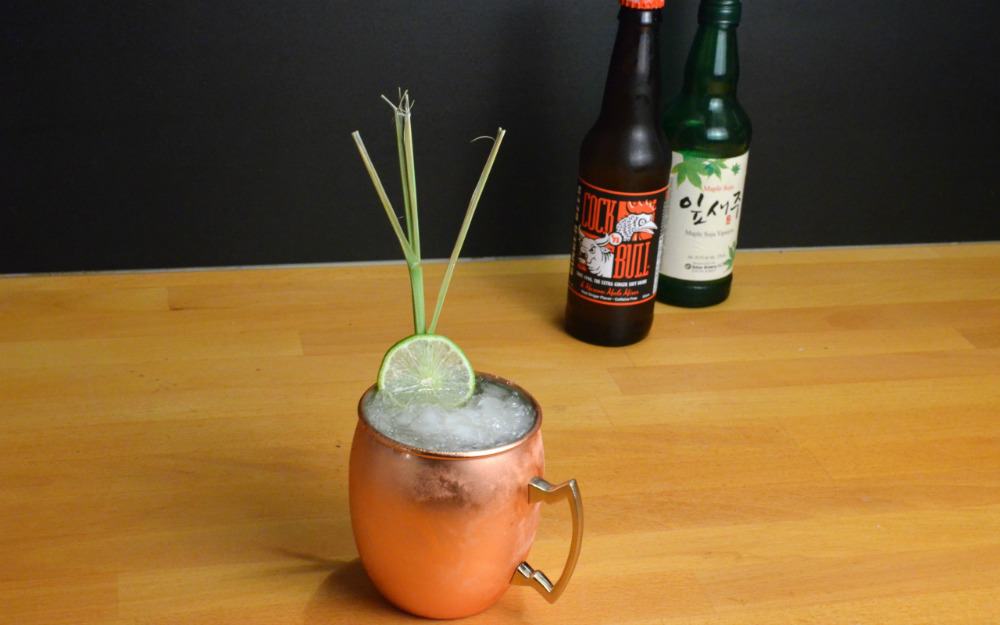