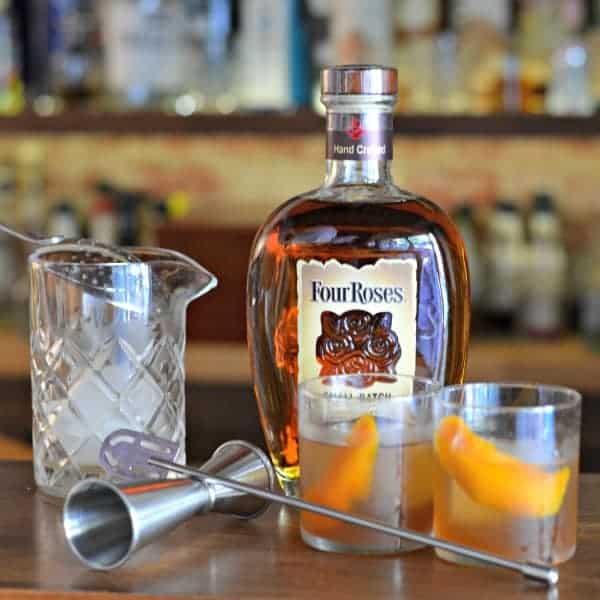 What better way to celebrate than with an awesome Old Fashioned cocktail. The good folks at Four Roses sent us a bottle to fuel our celebrations, and this cocktail is the result. By the way, are you curious about the difference between Bourbon and Rye whiskey? This recipe was featured in our “Bourbon vs Rye” post here! 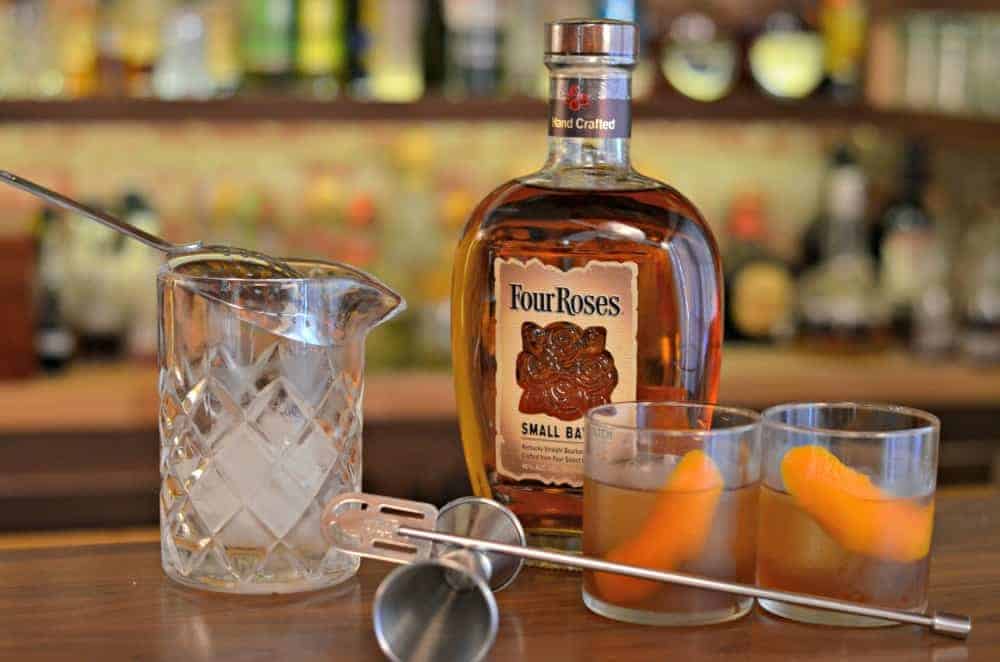 This recipe takes a bit more time, with the Cinnamon Nutmeg syrup, but I think you’ll find it’s worth it. The combination of the syrup and Jerry Thomas’ bitters really results in a fantastic spiced drink. Consider making it a double – I have a feeling this drink will disappear quickly!

Print Recipe
Four Roses Old Fashioned
There are a lot of great Old Fashioned recipes out there, and this one is no exception! The cinnamon and nutmeg with Jerry Thomas' Bitters really bring out the best in the Four Roses Bourbon. 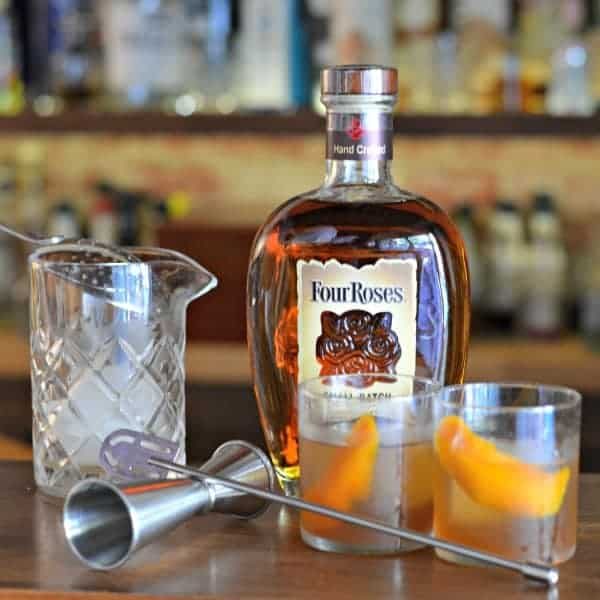 The reason you'll want to avoid grating the Cinnamon and Nutmeg when making this syrup is that they have a tendency to "bind up" in syrups and make it an unusual, almost "slimy" consistency. I've found crushing the cinnamon and using a piece of Nutmeg avoids this problem and still results in a good flavor.