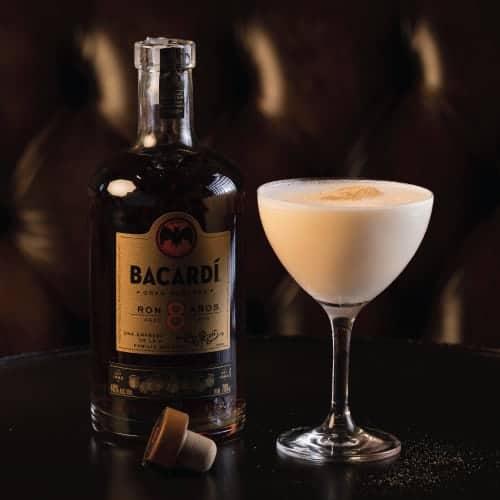 There’s something different about this cocktail. Can you spot it?

No, it’s not the professional photography (though, yes, the photos are gorgeous!) And it’s not the fact that it’s a prize-winning drink. (Though, yes, it won the Netherlands Bacardi Legacy this year.)

This creamy concoction is hiding a very unusual cocktail ingredient – something you probably have in your fridge right now. Its velvety smooth texture and creamy thickness comes from Greek Yogurt, and along with it comes a deliciously balanced and unusual drink.

Created by Netherlands bartender Eric van Beek for the Bacardi Legacy competition, this cocktail is as delicious as it is tasty! Eric described it to me as “surprisingly fresh. It’s zesty with a sweet finish and an herbal undertone.” 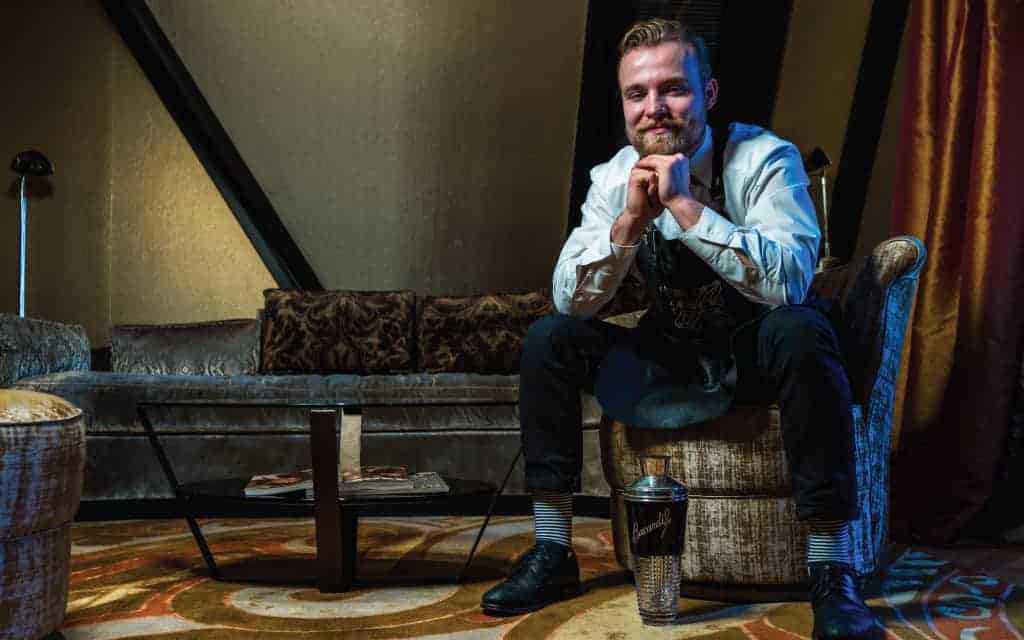 A lead bartender for Hotel TwentySeven in Amsterdam, Eric knew he needed to create something special if he’d stand a chance in such a high caliber competition as the Bacardi Legacy:

“I wanted to add something simple, yet complex. Something familiar, yet unconventional. I based my drink on the make up of a classic punch: Spirit, Citrus, Spice and a weak element.

My weak element was dairy. I chose this because in Bacardi legacy it was an uncommon ingredient. I saw potential here. After trying things with soy milk, almond milk, coconut milk, I ended up with Greek yogurt. A match made in heaven. All the elements in the drink work harmoniously with one another.”

He further explained why he chose the punch to start with:

“On a daily basis I see a lot of dispute between people based on various factors. This disputes are based on differences in nationality, religion, skin color, soccer team preferences, grocery stores.

Hence, a punch. Since a punch was consumed in large gatherings, in moments of fellowship. When people came together!’

He named it “Cariño”, which is a Spanish term of endearment. 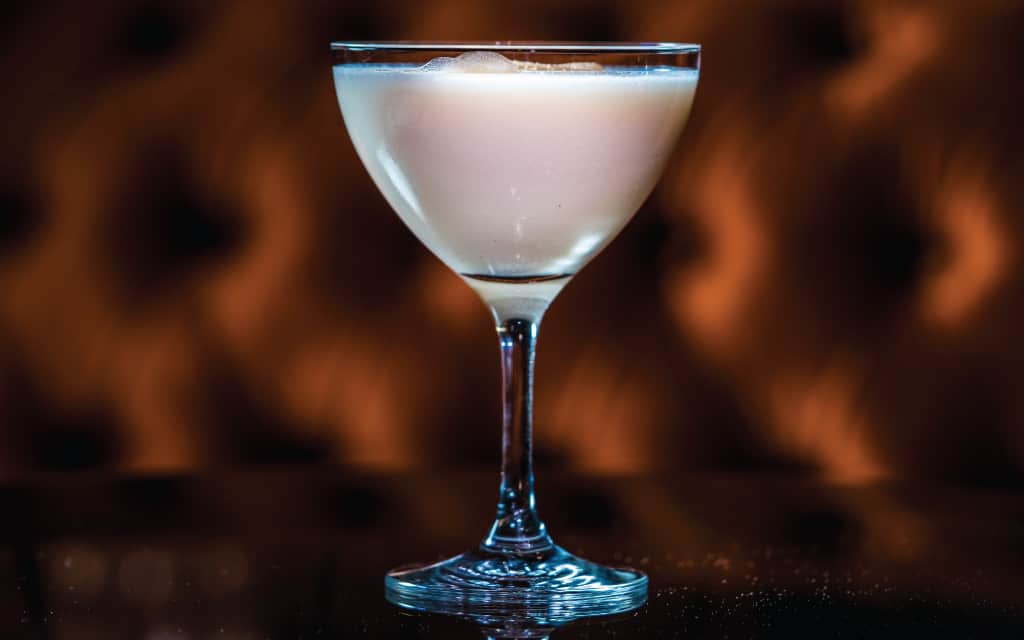 I’m intrigued and inspired by the recipe, and definitely excited to play with yogurt with our own cocktails. We’ve done it once before but that was a drink without any added citrus.

I asked Eric if he had any tips for others looking to work yogurt into their drinks, and how he avoided curdling.

“To be honest, working with yogurt is easier then it actually sounds. I know dairy and citrus do not go well together. However, due to the fact that yogurt contains lactic acid it helps stabilize the drink when citrus is added. I think the amount of citrus you put in a drink does effect this. I only use 10ml of lemon juice. This stabilizes the drink. I think if would add 30ml of citrus it would be a different story. “

With Eric’s assurances, I think we’re going to have to experimenting more with yogurt drinks of our own!

Eric said he was nervous going into the Netherlands Bacardi Legacy but his preparation paid off. This winning drink is taking him to the Global competition later this year. And we are wishing him luck! 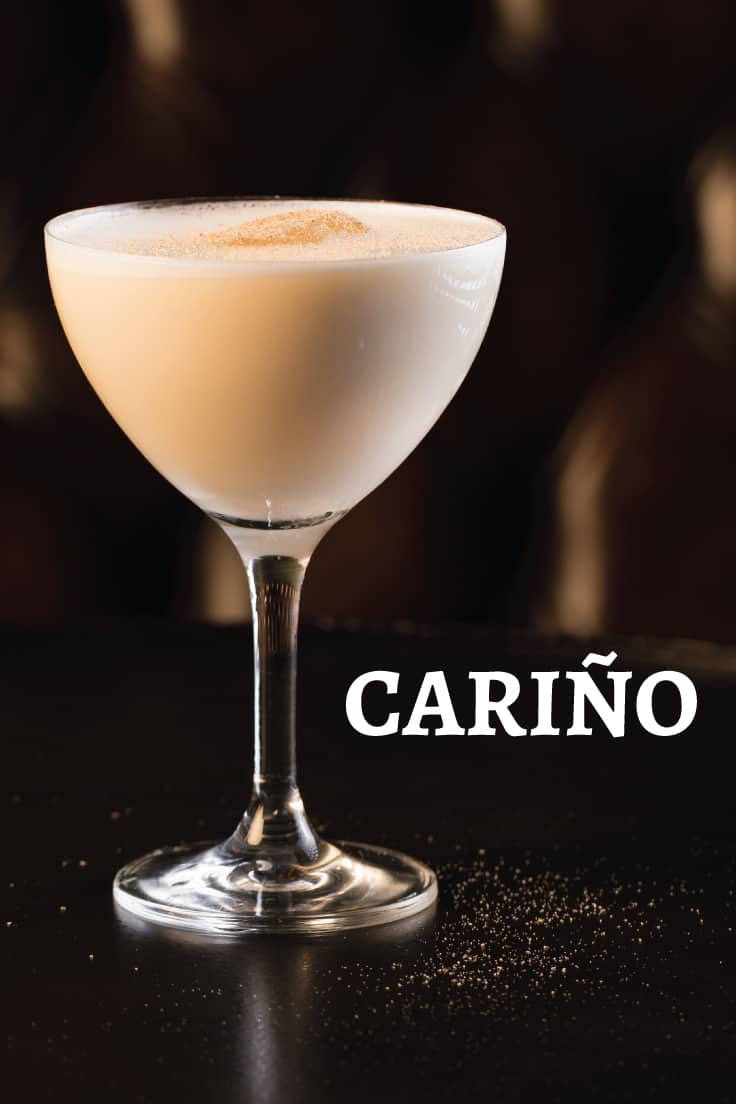 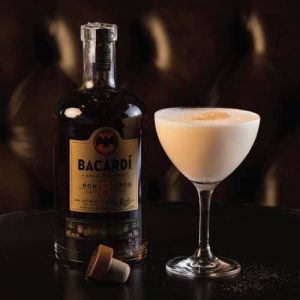