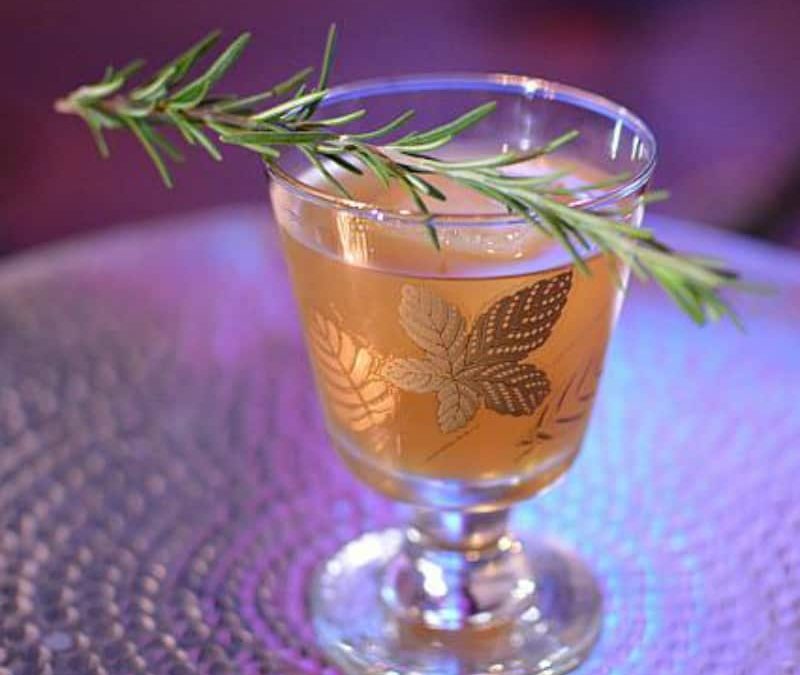 A couple of weeks ago Seth Van Havere posted in our Mixology Course Facebook group that he’d won 2nd place in the “Best of The Pacific Northwest” cocktail competition at the Art of The Cocktail festival in Victoria, BC. The theme of the cocktail was “Mushroom” and he went on to explain this incredible drink he’d created.

Seth has been a friend of ours for years – he was one of the very first folks who bought our Cocktail Design course way back in January 2014. Since then he’s taken his love for cocktails even further – with cocktail competitions like this one, and by co-founding a training and consulting business over at OldFashionedCocktails.com (Find Seth on Twitter and Instagram at @SethVH!)

I just had to ask Seth if we could feature his cocktail on our blog. Not only did he say yes, but he agreed to share his story of how he developed the cocktail and his history in cocktail competitions.

THE ATLAS SHRUBBED COCKTAIL & MY CONVERSATION WITH SETH:

Note: Full recipe with instructions are provided below this article

WHAT WAS YOUR CREATIVE PROCESS BEHIND THIS DRINK?

S: When the Art of the Cocktail announced the competition and the theme ingredient of “mushroom”, the first thing I did was go straight to the kitchen at work.  We have an appetizer dish of Portobello mushrooms stuffed with spinach dip.  The portobellos soak in red wine in a Cambro, so I tasted the mushroom-soaked wine.  It was far too salty, but I like the idea of incorporating wine.  I wanted a sweeter wine to offset the savouriness, and I remembered I had a couple of bottles of Pineau des Charentes hiding away at home.  But first, the base spirit had to be one of the sponsor’s, Victoria Spirits.  They have a gin, an oaken gin, a hemp vodka, and a very limited run of whisky.  So I went with the gin.  I would’ve gone with the oaken gin, but the higher price for a half bottle made me reach for the gin.

I went through many types of mushrooms, Cremini, Button, Portobello, and none had the (any) flavour I was looking for. I read that Chanterelles were native to the Victoria area, but I couldn’t find fresh ones in Alberta.  So I found bags of dehydrated Chanterelles, and rehydrated them in the gin.  To get the most flavour out of them I panfried them with a splash of the Pineau, and added dried herbs.  Parsley, Sage, Rosemary, and Thyme, mostly because I couldn’t help myself, as my wife is a Paul Simon fan.  I added a pinch of dried basil just because it felt right.  I then put those cooled down mushrooms back in the gin (6 grams in 18 oz gin) and let sit for 2 days.

I was also in a shrub mood lately, experimenting with different fruits.  I tried a cremini mushroom shrub, which wasn’t actually bad.  But there was some liveliness missing, so I wanted a bit of fruit in there, so I went to foodpairing.com and after a while decided on Shiitake and Blueberry.  I made 3 batches before settling on 2:1 Shiitake to blueberry, with organic cane sugar, then mixed that syrup with equal parts apple cider vinegar.

I had made almost every recipe in Brad Parsons’ book, Bitters, a year ago, and went crazy with others as well.  I wanted a bitters in there that would be interesting but not overpowering.  I thought of darker ones like Coffee Pecan and such, but went with Tobacco (my own recipe that I can’t find. Argh.) because the dark tone of it went with the Mushrooms, and I don’t know why it does, but it does. 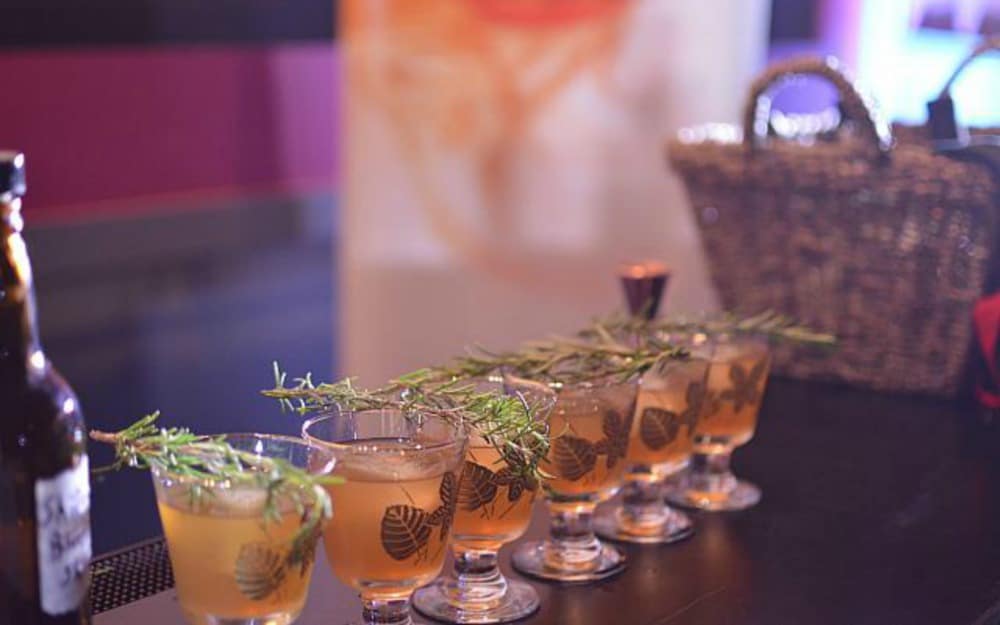 J:Tell me about Cocktail Competitions – do you enter frequently? What was Art of the Cocktail like?

S: I’ve been bartending 15 years now, and this is only my 2nd competition.  I entered one 8 years ago and was really turned off of them.  I made 3 solid drinks, but none deserved to win.  The thing that really got me fuming was that the winner had a drink that used dry ice, an 8 inch man carved from various fruit, perched on the rim.  And it was blue.  Lots of drinks were back then.  But all I could think of was, “What happens if your customer orders 2?  Are you gonna go carve more fruit people? It’s a fun looking drink, but not feasible at all!”

I went to the Art of the Cocktail in ’14 in Calgary and watched the comp and it looked like a lot of fun.  So I and a co-worker entered this one, and we got 2nd and 3rd place.  There was a 35 question test on various knowledge, ranging from ages of tequilas to who the Bellini was named after.  Then there was a blind taste test asking for spirit and brand.  I nailed the test, but don’t think the taste test went my way.  That damned Cachaca curveball.  Then was the drink making time, which was so fun.  I was wondering what the other 6 entrants were going to do, and there were Sours, Mushroom Chartreuse foam, and many things you wouldn’t expect from a mushroom.  All delicious drinks.  I’m not a flashy person, so the drinks I make have a subtle yet inviting look to them. That’s why I went with a simple rosemary sprig across the top. 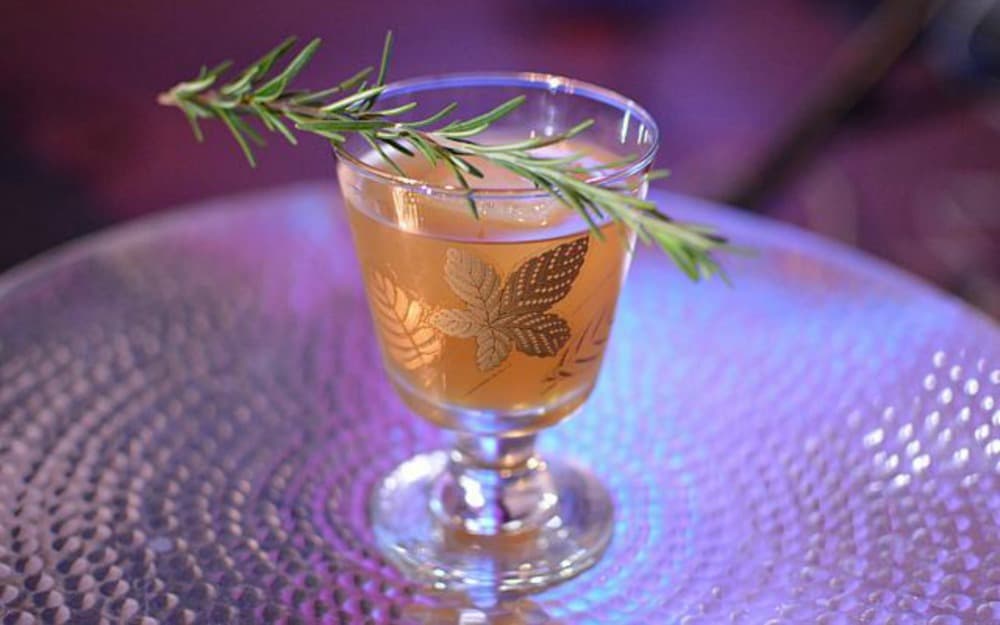 J:You used Mushroom in your cocktail – that’s a challenge! Do you have any suggestions for helping others who are trying to use unusual or savory ingredients in their creations?

S: If anyone is looking to use savoury ingredients like mushrooms in their cocktails, I suggest utilizing the help of our friends in the back of house.  I used a lot of google, but I found foodpairing.com is a brilliant resource.  But I think for every drink, it always comes down to balance.  A lighter modifier, added with a bit of fruitiness (you can’t taste the blueberry in Atlas Shrubbed, but without it it was way, way off) brings out the flavour but hides the offensive boot in the mouth that a liquid mushroom can pack.  As I mentioned earlier, there were many different versions of this drink, but I knew the flavours were right, it was all down to balance and proportions.

It really expanded the realm of possibilities for ingredients, and I am glad I accepted the challenge.

Thanks again, Seth for letting us tell the story of your cocktail!

If you have a cocktail you are proud of, we’d love to feature it here. Click here to send us a note via our Contact form and tell us a bit about your drink! 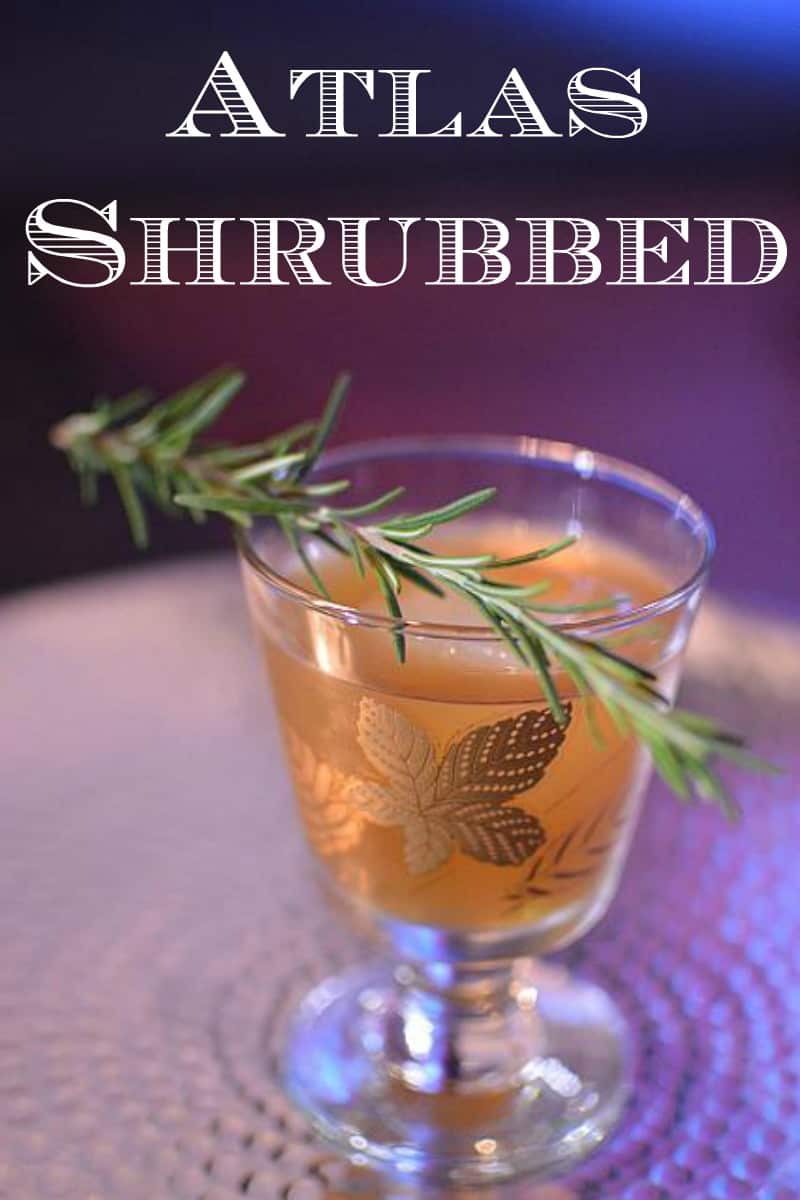 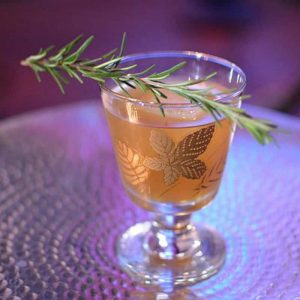 This week’s recipe won second prize at the Best of The Pacific Northwest competition and shows some serious creativity using Mushrooms in a drink!
No ratings yet
Print Pin Rate