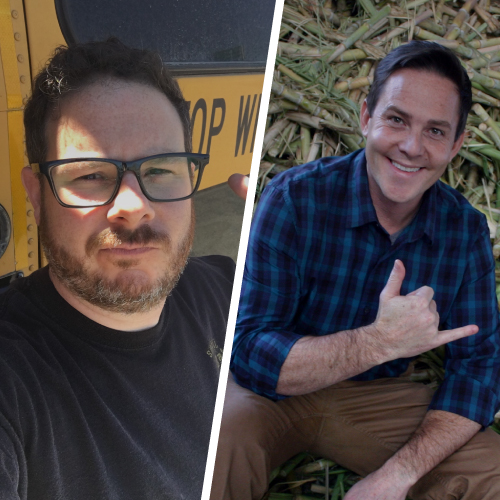 Ever wonder what makes different styles of Rum different? Join us this week as we learn from two experts about three common and two obscure styles of rum and how their unique production processes make them what they are.

In today’s Episode, we chatted with two different rum experts to learn more about some of the less common types of Rum out there.

First, Carter Raff talked about the three main styles of rum and how they are produced.

Raff Distillerie, located in San Francisco’s Bayview District (formerly known as Butchertown), began with the goal of making true craft spirits and continues to create all products from scratch.

Founder and Master Distiller, Carter Raff, himself, a 5th generation San Franciscan and lifelong metalworker, personally built all the machinery and stills here in San Francisco. Raff chose to base the labels off San Francisco history, mostly from the late 1800s Victorian era.

Then we continued the conversation with Josh Miller, who told us all about some of the really “out there” and obscure styles of rum that are making their way into rum circles:

Rum Evangelist: that’s what Josh calls himself. He’s the founding editor of America’s favorite rum blog inuakena.com, and a passionate independent promoter of cane spirits. Convinced that there is a rum for every palate, Josh is continually converting lovers of other spirits to rum through his writing, presenting, and trainings. Apart from a personal rum collection north of 400 bottles, Josh’s bona fides include a U.S. Bartender’s Guild Spirits Professional certification, BarSmarts Advanced, and an MBA. Equally passionate about the environment and its people, he is the founder of the Sustainable Spirits Alliance, whose mission is to champion sustainability from within the spirits industry, ensuring ecology, equity, and economics are considered at every decision point.