The History of Common Bar Tools

We often hear about the history of famous cocktails and spirits. But what about the tools? 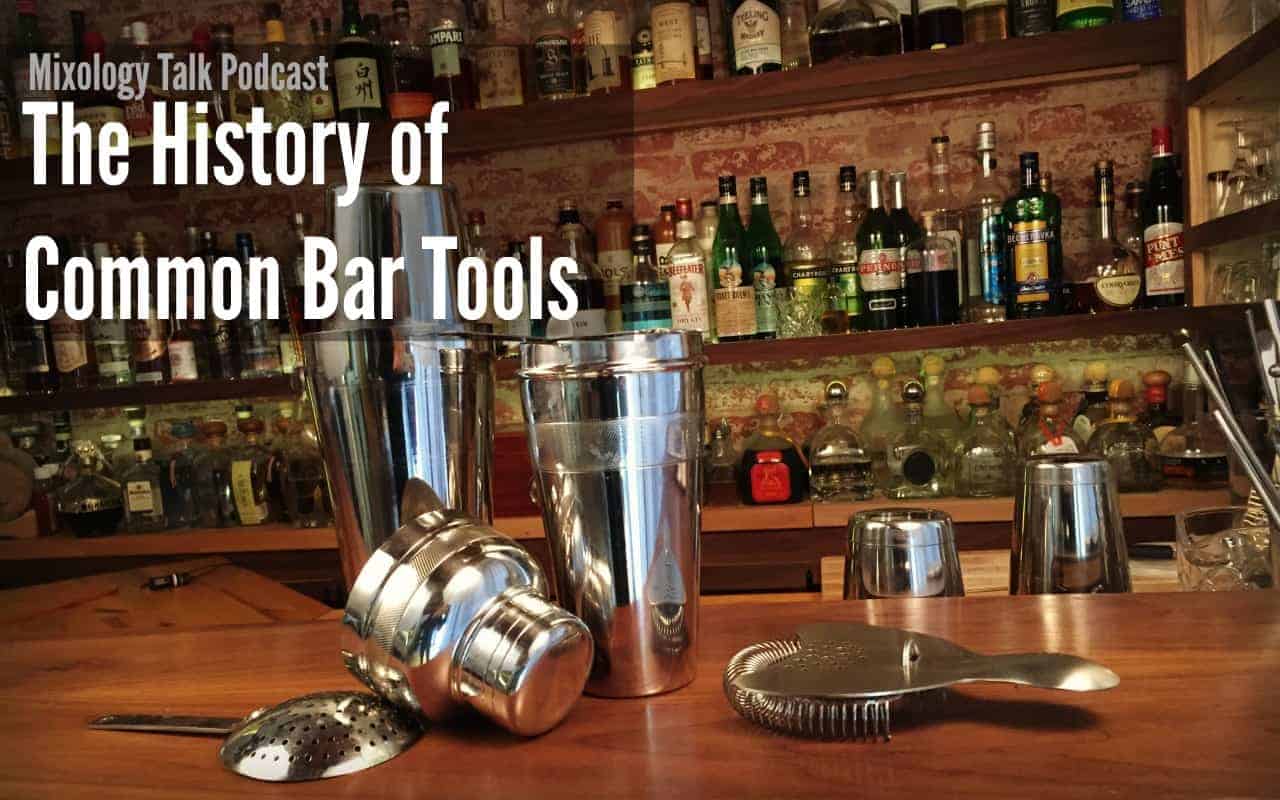 We’re taking some time to talk briefly about the history of the two most famous cocktail tools – the Shaker and the Strainer.

Arguably, using a closed container to mix a drink by shaking isn’t terribly unique. In fact, it’s been done for thousands of years. (Listen to the episode for the next big thing in organic cocktail shakers!) I’d also argue that cocktail “shaking” is actually the original flair – because the story goes that it was done “for a bit of a show” in a hotel bar in the late 19th century.

The Julep strainer far preceded the hawthorne style. At some point in the 1800’s the julep strainer diverged from a sort of flat, wide, perforated spoon into a strainer specifically used for drinks. The first mention of a strainer using a spring didn’t come until the late 1800’s.

One thing we couldn’t find is an explanation for the name “Hawthorne” for a Hawthorne strainer. If you know where this word came from, we’d love to know!  Definitely let us know in the comments below.  Really, curiosity is killing us!

Thanks so much for all of the replies! It sounds as though David Wondrich covered this topic in the new edition of his book, Imbibe. Listener Dustin even went so far as to send this link with a great picture. Hawthorne strainers are named after the pattern punched in them, which was after The Hawthorne bar.

Listen to the episode for more – and keep an eye out! This Podcast is just the beginning – we’re in the process of creating a whole series about the history of different bar tools. We’ll include links as soon as they are published!

Stay tuned for our upcoming series on the history of cocktail tools – and definitely let us know if you know where the name “Hawthorne strainer” came from, we’d love to know!