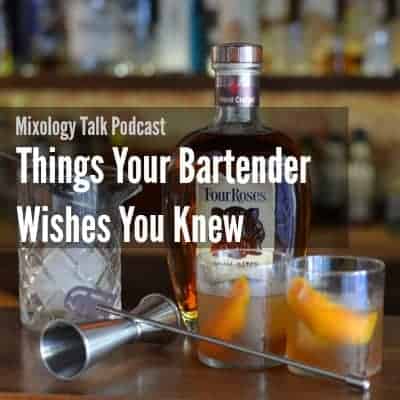 There are a bunch of unspoken rules when it comes to bars and restaurants.  Today we’re going to shed some light on five of them!

This week, we’re going inside bartenders’ heads to talk about some of the etiquette you may not know about being in a bar.

When you are going to sit at the bar tables, make sure you order something. Most bartenders make very little money hourly – most of their wages actually come from tips on the food and drinks they serve.  So if you’re sitting in a seat but not ordering anything and there are others waiting for a seat who would order something, that’s going to be frustrating for a bartender.

There’s no “rule” for how much to order in how much time.  Just keep an eye on the bar and if you’re done, consider giving your seat to someone else who’s waiting.

On the flip side, if nobody’s waiting for a seat, feel free to stay all night!

If you don’t know what to Order:

If you don’t know what you want to order, it’s OK to get the bartender’s advice as long as you’re not in a loud and extremely busy bar.  Regardless, make sure you have some sense for what you want, to give the bartender a clue. If you don’t like a particular spirit or fruit, don’t hesitate to tell them. If you tend to like sweeter drinks, sparkling drinks, bitter drinks – tell them!  They aren’t trying to be difficult, in general they really do want to make something you’re going to like.  Getting a little information from you just helps them make you happy!

If you’re in a large group:

In this scenario it really isn’t realistic for everyone to get the bartender’s advice.  If you have a large group, try to make sure everyone knows what they want before you get the bartender’s attention.  If everyone’s not ready, the bartender might need to go help a few other customers and come back to you later.  They aren’t being mean, they just have a whole bar of people to support!

Bars are social places, and it’s frustrating to the bartender if you’re on your cell phone talking loudly to someone who isn’t there.  You’re kind of telling people you’d rather be somewhere else.

If your phone rings and it’s something quick, sure, take the call.  But if it’s going to be a long conversation, it’s probably better to step outside.  This helps keep the bar a fun and engaging place for everyone!

The bar is not some sort of magical sound blocking device.  And usually I’m actually standing pretty close to where you are talking about your deeply personal details.  You should know that the bartender hears everything that’s said at the bar – whether or not they want to.

If you want to have a personal and private conversation, the bar really isn’t the best place to do it.  The bartender doesn’t want to know about your medical issues any more than you want them to hear it!

If you’re interested in someone else at the bar, it’s perfectly OK to ask the bartender to send them a drink.  But asking the bartender for anything beyond that is not only awkward, it’s also annoying for a busy bartender.

That means not asking the bartender to get her phone number, not asking “does she like me?” and certainly not talking about her on and on with the bartender.  After she gets the drink, it’s your turn!

Working as a bartender can be an extremely rewarding but sometimes frustrating job. Hopefully these tips will help you avoid some of the common things people do that are considered impolite a the bar!

Are you a bartender who’s experienced any of these? Tell us about it in the comments!