The History of the Martini Glass

The martini glass is one of the most multi-faceted elements in any bar. Not because it has myriad different uses, but because it represents so much. The martini glass is, all at once, sexy (thank you 007 and a glorious aesthetic), refined (does anything look classier?), and a symbol of alcoholic perfection personified (is there a cocktail more revered by alcohol lovers than the martini?).

In short, whether you’re Danny DeVito relaxing on a lawn chair, or Gisele Bundchen dining at the Chateau Marmont, a martini glass looks better in your hand than any other drinking receptacle does. 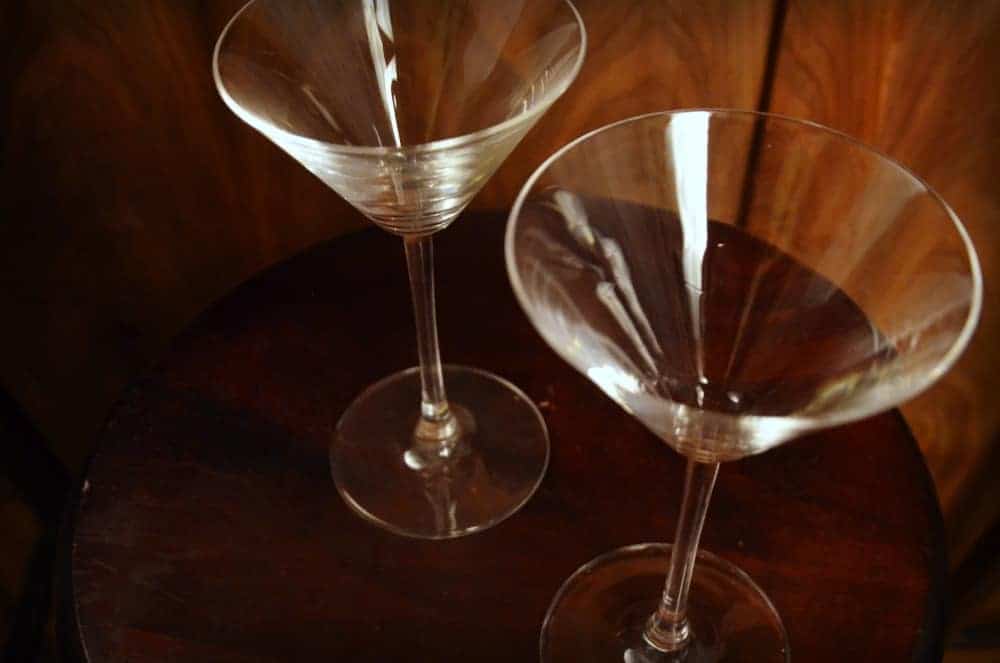 But how did this popular glass and its iconic silhouette come to be? Not much is known of the history of the martini glass, but what is known is fascinating.

First the Martini, then the Glass

It wasn’t long after the birth of the martini that its namesake glass came into being. But the birthdate of the martini, and the origin of its name, are as fuzzy as your memory is after knocking back three or four of them. In other words, there’s speculation, but no one really knows what happened. What we do know is that the martini came into being sometime in the mid-late 19th century.

Many people believe that the martini got its name from the Occidental Hotel in San Francisco, where people would have a drink before taking a ferry to the nearby city of Martinez. A slightly more likely – albeit a little more boring – theory is that the drink was named after the vermouth company Martini, which was founded in 1863, and is still a popular choice for the vermouth portion of martinis.

Wherever, however, and whenever the martini was born and named, the glass bearing both its name and its liquid eventually followed (though the martini and cocktail glasses weren’t recognized as being different until the 20th century). 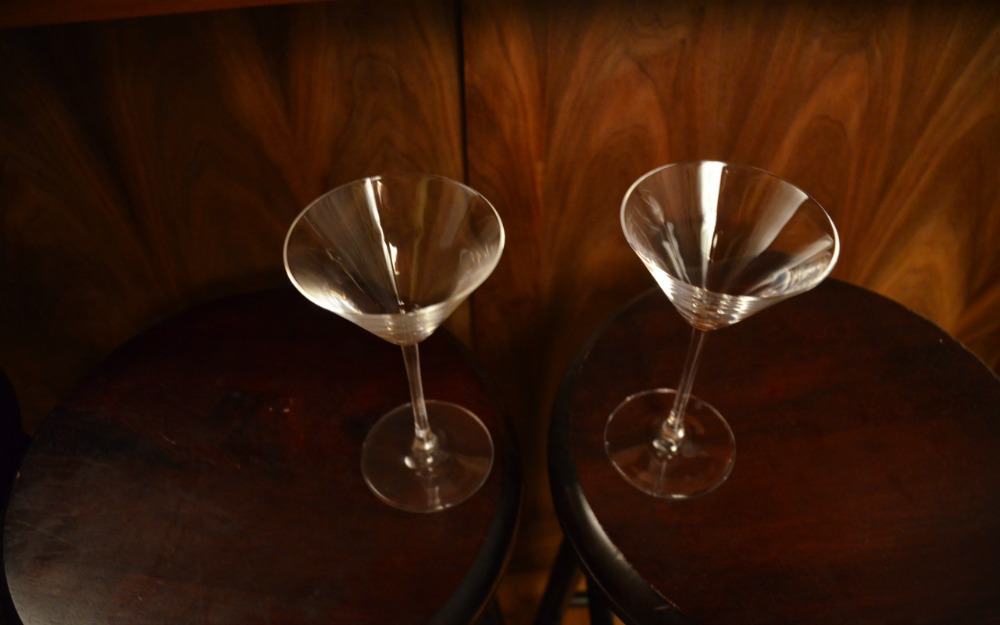 Not Just for Looks: a Practical Design

When the martini glass was first born, it was with the drink in mind; every way that it differentiated from the cocktail glass was for a practical purpose.

The conical bowl, for instance, was made so that olives would stand perfectly upright, rather than sit together at the bottom. The exceptionally long stem which the glass stands on – a leg so long and elegant that it is only rivaled by those of Audrey Hepburn – was made so that drinkers and their warm hands would not alter the temperature of the liquid while consuming. And the vast, wide bowl was purposefully designed to expose more of the gin to the air, which helps open up the drink, and also makes it more aromatic.

A rejuvenated modern love of both form and function by consumers has the martini glass atop a pedestal today. Despite a lull a few decades ago, both the drink and the glass with its name are wildly popular once more, among both gin and vodka enthusiasts, and simply people who want to look slick at the bar. 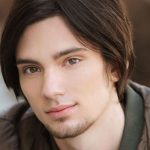