Quality on the Menu Without Killing your Margins

There is a whole world of high-end spirits out there that rarely find their place on a cocktail menu. But these high quality spirits can often be a great addition to a bar program – and they don’t have to compromise your margins.

We’re partnering with McCarthy’s Single Malt Whiskey, BIG GIN, and Lucid Absinthe Supérieure to discuss the challenge of getting high quality spirits on the back bar without killing your margins. 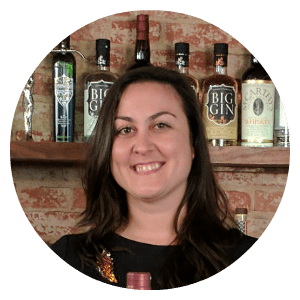 Jeanine Racht has been with award-winning Clear Creek Distillery in Portland, Ore., since 2006. As its National Sales Manager, she travels the country educating the willing in the old world craft of eau de vie distillation and application, judging spirits competitions and teaching seminars. An expert in the production and application of spirits in a modern world, she has a firm belief that the history and tradition of these spirits are still relevant.

Founded in 1985 and headquartered in Portland, Oregon, Clear Creek Distillery is the second oldest craft distillery in the country. Clear Creek’s spirits are internationally recognized and have won numerous awards, garnering them a spot among the world’s finest. 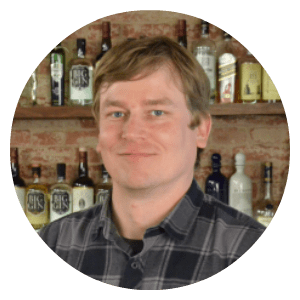 Ben Capdevielle grew up in Fargo, North Dakota and left for Bozeman / Big Sky Montana at age 18. He worked in food service while living in Montana and began bartending at age 19. Throughout his 20’s, he learned the basics of fermentation and distillation from his second-generation moonshiner father, Big Jim.

In Seattle, Ben attended SCCC and worked in bars and restaurants all over town. Dive bars, fine dining and ethnic food restaurants helped shape Bens knowledge of the food service industry and helped lead to his next career, distilling. His hobby blossomed into an obsession: after many late nights moonshining with his friend and soon-to-be business partner, Todd Leabman, BIG GIN was born.

Ben still lives in Seattle with his wife and business partner, Holly Robinson, and their six-year-old daughter, Stella. The distillery is in its new home on the Ballard ship canal. 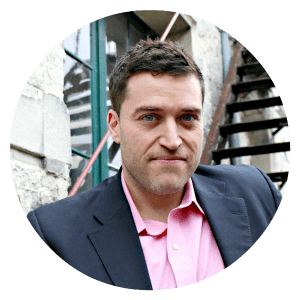 Rodriguez brings more than 14 years of industry experience to his role as the Absinthe Portfolio Brand Master for Lucid Absinthe and other Hood River Distillers brands.

In addition to his work as a brand ambassador for Bombay Sapphire and Chartreuse, he has held senior bartender positions in London, New York, Miami and Nashville. He leverages this experience to craft new and innovative cocktails and support the industry through training and education.

Special Thanks to our Sponsors

Lucid® was developed by renowned absinthe historian and distiller T.A. Breaux. It is distilled in the historic Combier Distillery in Saumur, France, which was designed by Gustav Eiffel. Lucid is crafted with original antique copper absinthe stills, in strict accordance to traditional absinthe distillation methods.

Over 20 years ago, founder Steve McCarthy returned from a trip to Europe determined to make his own Oregon Single Malt. Steve sourced two-row peat-malted barley from Scotland and found a local brewer to make the wash. Distilled in 60-gallon Holstein pot stills using single-pass distillation and non-chill filtration, McCarthy’s is aged in air-dried Oregon oak casks for three years.

The result is a smooth whiskey with a boldly peated flavor profile that’s been acknowledged worldwide, and is proof that great whiskey knows no boundaries. Available in 750ml. 85 Proof.

After a combined 25 years in the bar and restaurant industry, husband/wife team Holly Robinson and Ben Capdevielle set out to distill a line of gin designed for people who enjoy the taste of juniper. Captive Spirits Distilling has made a name for itself as a leading gin company, both nationally and internationally recognized, consistently being ranked in top honors by both peers and ginners alike. Big Gin, and its Peat and Bourbon Barreled counterparts have become back-bar staples across the US and beyond.
Made in Seattle, Washington among the shipyards of Ballard & the now bustling bar scene, our juniper forward gin comes to life from two 100-gallon Vendome pot stills. For more information, visit CaptiveSpiritsDistilling.com

Lucid® was developed by renowned absinthe historian and distiller T.A. Breaux. It is distilled in the historic Combier Distillery in Saumur, France, which was designed by Gustav Eiffel. Lucid is crafted with original antique copper absinthe stills, in strict accordance to traditional absinthe distillation methods.